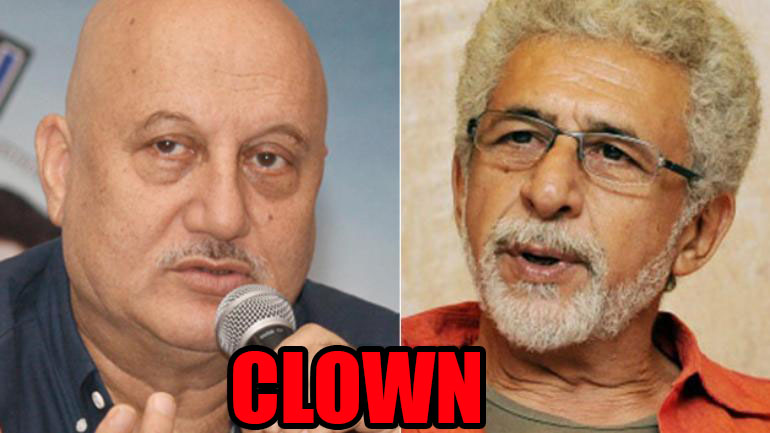 Veteran actor Naseeruddin Shah as we all know has never been shy from being vocal about issues about the country and the film industry. In the past, he has often got into trouble for being vocal. From having called the ‘late’ Rajesh Khanna a ‘mediocre’ actor to having had altercations with Javed Akhtar, he’s been a part of it all. And now, the latest where has got his name involved is when he called Anupam Kher a ‘Sycophant Clown’. In a recent interaction with The Wire, Naseeruddin spoke about how it was brave of Deepika Padukone to visit JNU around her film’s release and how it will not impact her fan following and growth. He also casually added a line or two about how ‘Sycophant Clowns like Anupam Kher need not be taken seriously because of their pro-Government nature’.

Well, the war of words is on. Awaiting to hear from Anupam’s end. For more such updates, stay tuned to IWMBuzz.com

Anupam Kher hits back at Naseeruddin Shah, accuses him of substance use