Directed by Umesh Bist, the film is a light-hearted entertainer with its heart in the right place.

Now, IWMBuzz.com has exclusively learnt about Natasha Rastogi, Chetan Sharma and Aasif Khan joining Sanya in the above mentioned project.

Natasha is known for her acting chops in movies like My Name Is Khan, Ishaqzaade and Naam Shabana. Chetan was part of Band Baaja Baaraat and Ankhon Dekhi. Aasif is known for his work in web series Mirzapur and Sacred Games 2.

We buzzed Natasha, Chetan and Aasif but could not get through to them.

We reached out to Producer Ekta Kapoor and Guneet Monga but did not get revert. 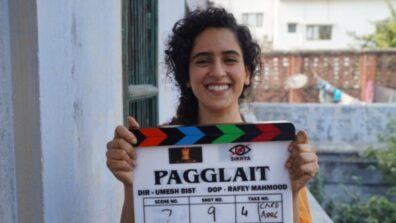 Fatima and Sanya bond with their Dangal director, Nitesh Tiwari