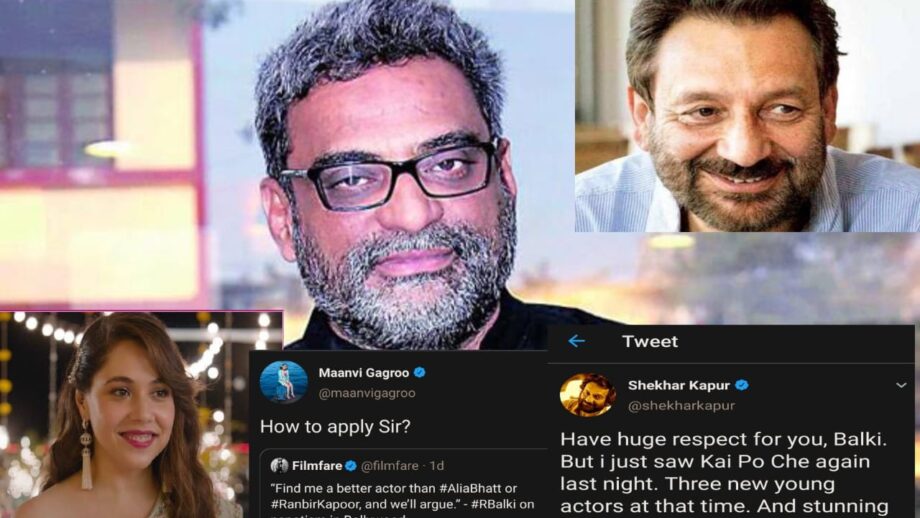 Ever since Sushant Singh Rajput’s demise in Bollywood, the heated arguments around nepotism have been stronger than ever before.

While some have called out openly against the practices of nepotism and favoritism prevalent in the industry, some find the debate not worthy of a discussion. One such personality is R. Balki who grabbed eyeballs a few days back for saying that the nepotism debate is foolish and there are hardly any actors better than Ranbir Kapoor and Alia Bhatt.

While netizens didn’t deny that Ranbir Kapoor and Alia Bhatt are fantastic actors, they also had their own names coming forward. To this entire incident, director Shekhar Kapur and actress Maanvi Gagroo put forward interesting and hilarious viewpoints on social media. Take a look – 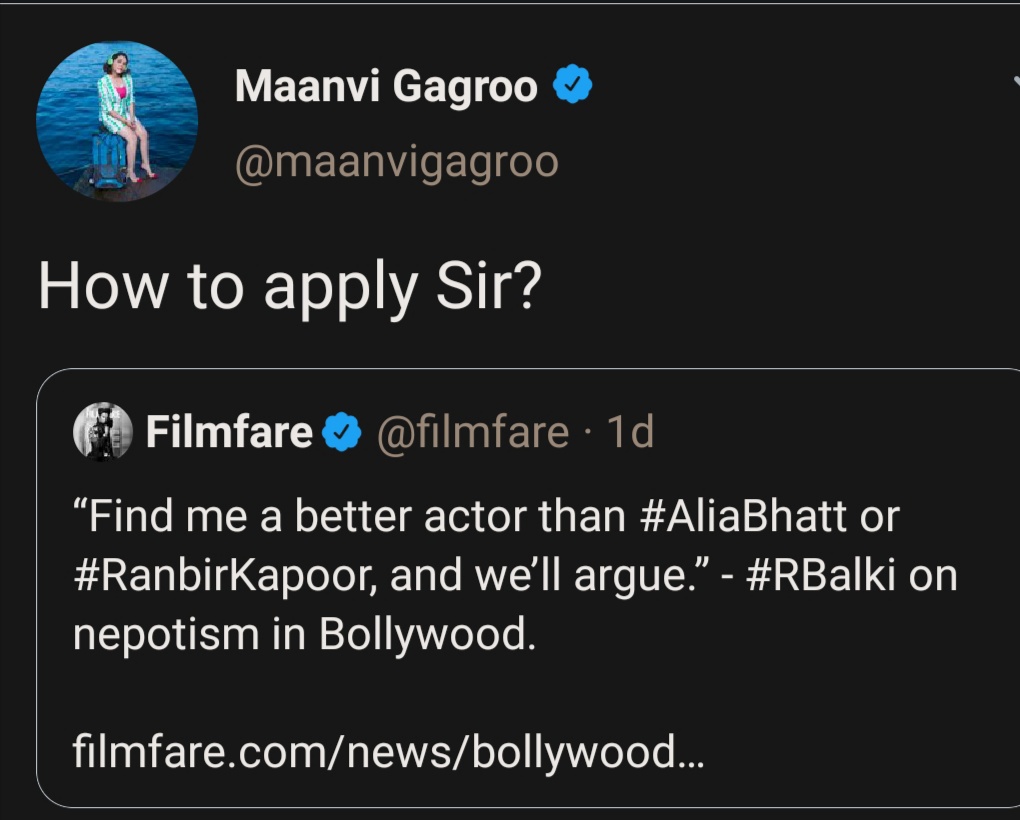