Nitesh Tiwari’s upcoming film Chhichhore spans 25 years, as Sushant Singh Rajput, Shraddha Kapoor and other characters evolve from being college students to middle-aged people. The Dangal fame director Nitesh Tiwari made them undergo behavioural workshops so that they were able to be convincing as 50-year-olds on screen. The key cast members, including Varun Sharma and Tahir Raj Bhasin, are shown in their early 30s.
When asked about the process, Nitesh Tiwari was quoted as saying –
“It was important for each actor to age differently, basis their psychological transformation. So, we sat down and wrote the journey of each character — what he has done in the last 25 years and how it has impacted him emotionally. For instance, Anni [Rajput’s character] used to be inquisitive and a thinker in his college days. But the circumstances that he faced later on in life made him vulnerable and empathetic. Shraddha’s character becomes more subdued, unlike the chirpy girl she was in college. So we charted out character graphs and made my actors understand what stage of life they were in.”
Interestingly, Sushant Singh Rajput and Shraddha Kapoor underwent a seven-day behavioural workshop to play 50-somethings convincingly in Nitesh Tiwari’s Chhichhore.
Before the film went on the floors last October, Nitesh Tiwari and his core team of five assistants conducted workshops to help the actors understand the progression of their characters. The team held three-hour-long sessions for a week with the cast, where the focus was on their behavioural changes and body language. Not only the physical aspect side, but director Nitesh Tiwari also wanted them to understand the emotional graph of their respective characters and how that impacts their demeanour.
The movie stars an ensemble cast of Sushant Singh Rajput  Shraddha Kapoor, Varun Sharma, Prateik Babbar, Tahir Raj Bhasin and Naveen Polishetty.
The movie is slated to release in cinemas on September 6th, 2019. 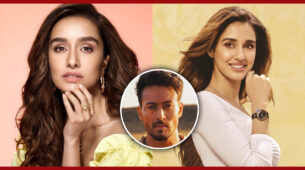