IWMBuzz shows you the first poster of the RRR movie. Check out the photo for more details 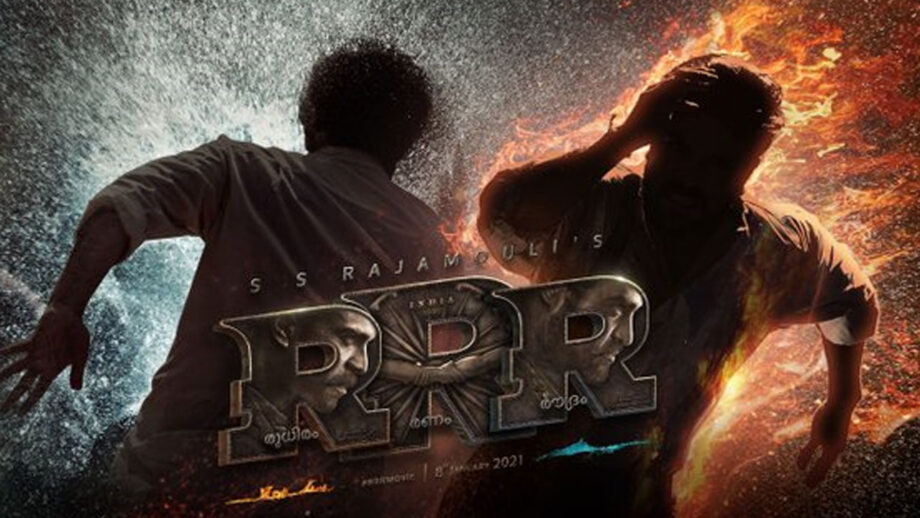 SS Rajamouli, Director of Baahubali in collaboration with the Tanhaji of our industry, Ajay Devgn alongside the extremely talented Alia Bhatt. Could it get any bigger? The moment the special ‘RRR’ movie was announced, it was predicted that it is all set to break records. And now after creating a massive hype across the nation with the announcement of the release date of RRR, the makers have now released the title logo and the motion poster of the film. Check out the poster below –

When the powers of opposing forces like fire and water come together, intense energy is what you’ll have!

The motion poster is one of its kind and has water and fire fighting against each other while revealing the name of the movie, ‘RRR’. It ends with a logo of the Ashoka Chakra of the Indian flag that rings in the patriotism inside you alive.