The new posters of Ashutosh Gowariker’s Panipat have released and fans can’t stop gushing about it.

Based on the third battle of Panipat that took place on January 14 1761, the film stars Arjun Kapoor, Sanjay Dutt and Kriti Sanon in lead roles. The trailer of Panipat will be released on Tuesday.

The battle was fought between the northern expeditionary force of the Maratha Empire and the invading forces of the King of Afghanistan, Ahmad Shah Abdali, supported by two Indian allies, the Rohilla Afghans of the Doab, and Shuja-ud-Daula, the Nawab of Awadh. The film will hit theatres on December 6.

Take a look at the posters. 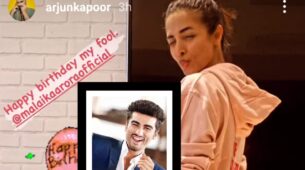