A police complaint has been filed against Bollywood queen Kangana Ranaut for supporting her sister Rangoli Chandel, whose Twitter account recently got suspended for alleged hate speech.

As per the latest media report, the complaint has been filed by advocate Ali Kaashif Khan Deshmukh, a resident of Mumbai. In it, he says that while “one sister” has called for killings and violence, the “other sister” has come out in support of her for the same despite nationwide criticism and suspension of her Twitter account.

The report further added, the complaint accused the actor and her sister-cum-manager Rangoli of “misusing their stardom, fanbase, fame, money, power and influence with an aim and intent to promote hatred, disbalance, fights in the country for their personal benefits and gains”.

In a video on Instagram, Kangana Ranaut has said if anyone could find a tweet where her sister Rangoli has said anything offensive, “then we both will publicly apologize”. 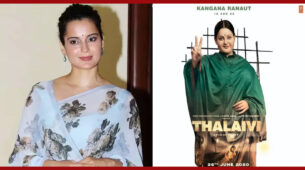