Rani Mukerji is that iron lady of the film industry who’s been there for many years now and still has ensured with perfection that she doesn’t get diluted amidst the modern-day glam-dolls and fabulous performers of the industry. What’s best is the fact that Rani has always lived up to the time frame which the generation demands and has worked on contents that are feasible to the current generation.

Her roles also speak volumes of women empowerment and they ideally propagate the idea that women can do anything and anywhere and are no less than the male gender. A perfect example of movies propagating the same thought are ‘No One Killed Jessica’, ‘Hichki’, ‘Mardaani’ and a lot more. But probably the most popular among these is definitely her cop character of Shivani Shivaji Roy in Mardaani.

Currently, she’s back in action with the sequel of the movie titled ‘Mardaani 2’ and the audience is excited to see the fearless Rani aka. Shivani Shivaji Roy back in action. But hey? Is Rani really fearless?

Rani was here on our IWMBuzz channel to promote her upcoming movie ‘Mardaani 2’ where she played the best possible rapid-fire by answering some fun questions really quickly. And amidst all that, she REVEALED interesting things like what she would have been if she was not an actress and also her biggest ever fear in life. You wanna know what the answers are? Find out yourself in the video –

So what do you think about the above video? Share your views below and for more such updates, stay tuned to IWMBuzz.com 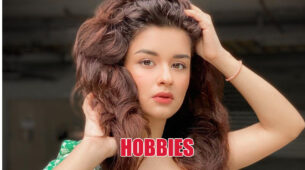 4 Avneet Kaur Hobbies That Will Amaze You