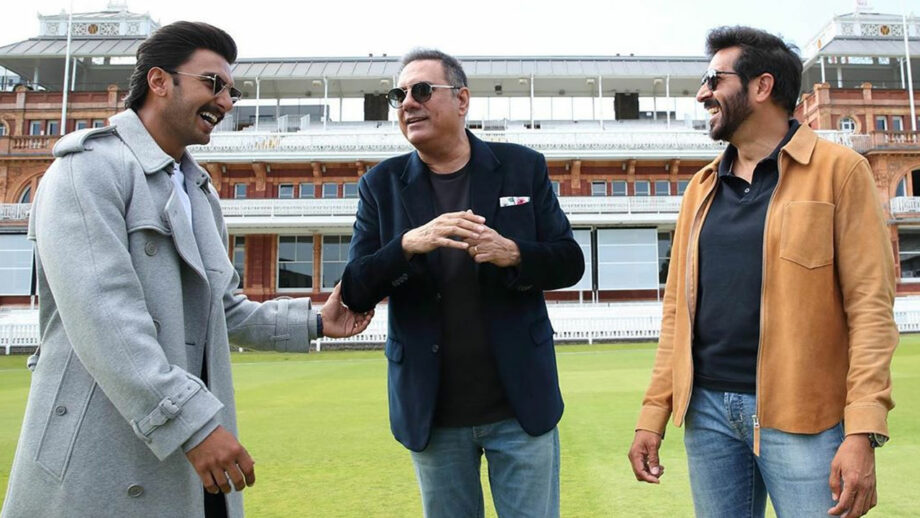 Kabir Khan’s magnum opus on India’s maiden Cricket World Cup Finals victory, titled ’83, has constantly been in the news for all the right reasons. From Ranveer’sfirst look as the World Cup-winning Indian Cricket Captain KapilDev to DeepikaPadukone signing up to play RomiDev, Kapil’s wife, in the movie, we all have lapped up the interesting nuggets of info emerging from the stables of ’83.

The latest development on the movie’s front is that the very versatile Boman Irani has joined the cast of ’83 and will be portraying the role of the former Indian Cricket great, Farokh Engineer. And it is none other than Ranveer Singh who has taken on the onus to give BomanIrani a stirring welcome to the sets of ’83.

Ranveer Singh took to Instagram to welcome Boman, where he wrote an upbeat message for Bomanin his trademark effervescent style, and also posted pictures from the sets of ’83. Here’s what Ranveer posted –

All-star arrival!!! ? One of the most remarkable people I have ever met….❤ One of the finest actors I know…. someone I admire immensely….?? he’s One in a Million ! ✨ A special gem of a person & a universally loved, COLOSSAL talent…. the one & only BOMAN IRANI IS IN THE BUILDING !!!! ? : pictured here at the Mecca of Cricket – the Lord’s Cricket Ground ! ? #83Squad @83thefilm @boman_irani @kabirkhankk @deepikapadukone @sarkarshibasish @mantenamadhu #SajidNadiadwala @vishnuinduri @reliance.entertainment @fuhsephantom @nadiadwalagrandson @vibrimedia @zeemusiccompany

Shooting for ’83 has begun in right earnest, with the first leg of shooting kicking off on 5th June in the English city of Glasgow. Pankaj Tripathi, Tahir Raj Bhasin, Saqib Saleem, Ammy Virk, Chirag Patil, Jiiva and Harrdy Sandhu are some of the other members of the ensemble cast.

’83 is being directed by Kabir Khan, while MadhuMantena, Sajid Nadiadwala and Reliance Entertainment are the joint producers. The movie is slated to hit the theatres in the April of 2020.