Wajid Khan has been put to rest at the same cemetery where the mortal remains of actor Irrfan Khan were buried. Music composer Wajid Khan, who passed away in the wee hours of Sunday, has been put to rest at the same cemetery where the mortal remains of actor Irrfan Khan were buried.

As per a report in media, Wajid was laid to rest at 5 am – the holy time of azaan, at the Versova cemetery. Only two members of the family were present at the funeral of the popular music composer and he was buried next to late Irrfan Khan’s grave who passed away on April 29 after a year-long battle with cancer.

Wajid died of kidney failure and heart-related ailment. He was also believed to have got diagnosed with COVID-19. The report added that the musician had undergone a kidney transplant a few days back and was admitted to the Surana Sethia hospital in Chembur for more than two months. His health deteriorated in the last 10 days and he was in a critical condition.

His last song was Bhai Bhai for Salman Khan that the actor released to spread harmony and peace in the times of COVID-19. 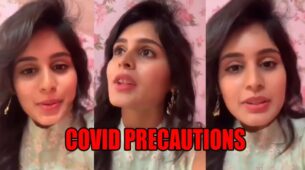