Saif Ali Khan on not being part of Dil Bechara trailer, the last film of late Sushant Singh Rajput 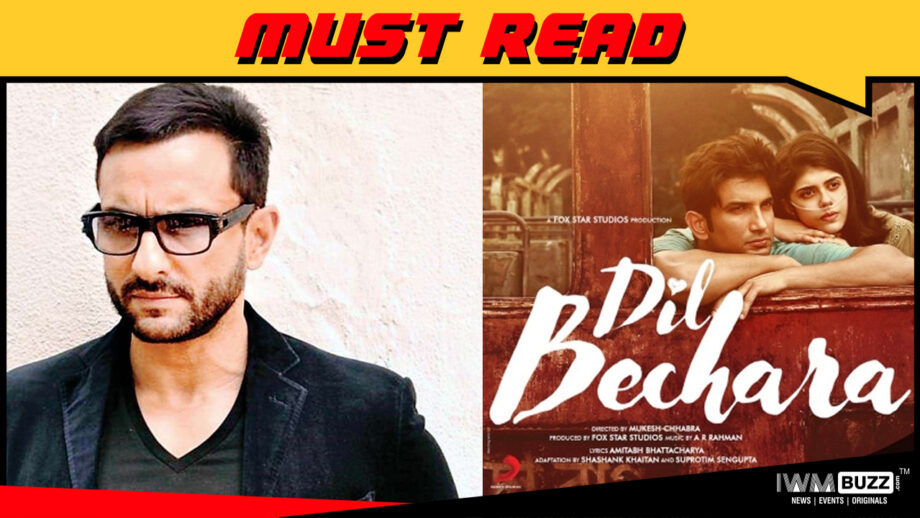 The trailer of debutant director Mukesh Chabra’s Dil Bechara has gone viral for only one reason. It is Sushant Singh Rajput’s last film and therefore an emotional treat for his fans.

So where does this emotional response to a farewell performance leave the others in the cast? In a not very comfortable position, I am afraid. Saif Ali Khan who features in the cast is nowhere to seen in the trailer.

Says Saif, “It’s a cameo. I am happy they didn’t advertise it.”

Not that he has a choice in the matter. The nation is swept into a Sushant wave. And Saif has no option but to rise those waves.