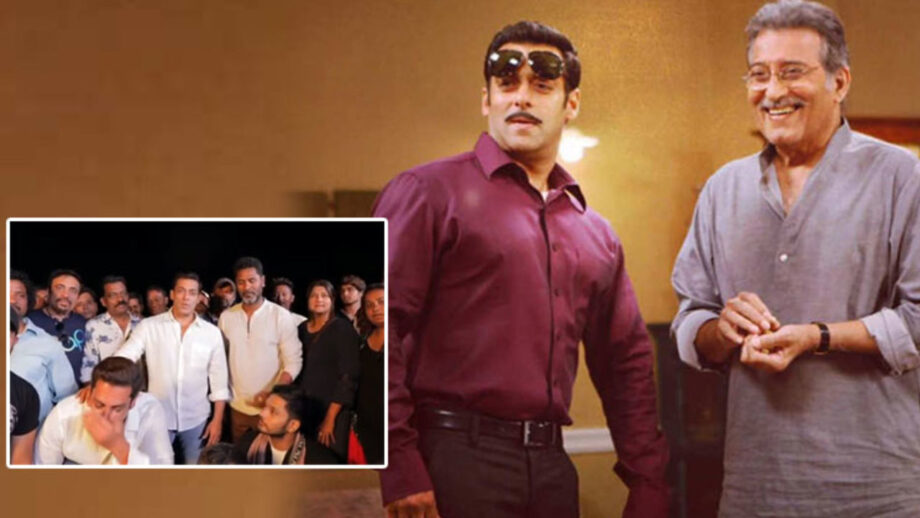 Whenever we talk about a cop franchise in Indian cinema, and most importantly, a hit cop franchise, we can only think of Dabangg and Chulbul Pandey’s amazing antics.

The combination of Salman Khan, Sonakshi Sinha and Arbaaz Khan has ensured from its end that the first two franchise of the movie becomes a big success and after 7 years, the team is coming up with the another sequel, Dabangg 3. However, one actor who unfortunately won’t be a part of the cast anymore due to his sad demise is none other than the late Vinod Khanna. Interestingly enough, Salman Khan and co. completed the shoot of Dabangg 3 on the occasion of Vinod Khanna’s birthday and as a goodwill gesture, Salman Khan shot a video with the entire team of the cast and crew remembering the late Vinod Khanna. Take a look –

Dabangg 3 is set to hit screens in December 2019. For more such updates, stay tuned to IWMBuzz.com.