Dibakar Bannerjee's Sandeep & Pinky Faraar is finally releasing. But is it worth the wait? Given the excruciating far from pleasurable circumstances the decision to release Sandeep & Pinky Faraar is as brave as planning a vacation to China. An ominous title, since director Dibakar Bannerjee has been pretty faraar (absconding) except for a segment of Ghost Stories where zombies had taken over a deserted town.

One doesn’t know whom Yash Raj expects to target when this film releases on March 20. Zombies, perhaps? Though let me hasten to add that the trailer is not half as bad as I expected. It has a certain flow and an undercurrent of predictable tension that runs through the relationship that builds between the fugitive Sandeep Kaur (Parineeti) and her road companion Pinky Dahia (Arjun Kapoor).

I hope everyone got the joke about the hero with a feminine name and the heroine with a masculine name. If we can get over the sheer irony of that gender bender (ha ha) the trailer provides us with an entertaining journey through the Indian hinterland. The supporting cast is sturdy. I spotted Neena Gupta and Raghuvir Yadav, among others.

But there is no trace of Dibakar Banerjee’s trademark style anywhere in this Himayalan road trip. A kind of Jab Bonnie (no relation to the Kapoor) met Clyde.

As far as I am concerned Dibakar is still faraar. 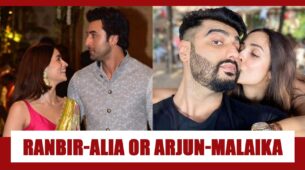