Saroj Khan was undoubtedly one of the most celebrated dance choreographers of Bollywood. Tragic news came into foray yesterday when we heard that Saroj Khan passed away at 71 due to cardiac arrest. Ever since then, almost the entire Bollywood took to social media to mourn her loss. However there were particularly two ladies from the industry who were extremely close to Saroj Khan, one was Madhuri Dixit Nene and the second Aishwarya Rai Bachchan.

That’s the reason Saroj Khan’s loss affected both in a big way. After Madhuri, Aishwarya Rai Bachchan took to social media to express her grief. In a heartfelt post, she mentions how Saroj Khan has been a guiding force for her throughout. Check out the post below –

💔🙏ALL my Love Always too, Saroj ji❤️ May your Soul Rest in Peace ✨🙏✨Much respected, admired and adored as our Dance Guru in our Film Industry…truly a Legend…🌟Such a privilege to have had so many memorable experiences dancing under your guidance…THANK YOU for All your Duas and Blessings always… and so much LOVE 🥰 You will truly be missed ✨ Prayers and much Strength to all your family ✨🙏✨

A post shared by AishwaryaRaiBachchan (@aishwaryaraibachchan_arb) on Jul 3, 2020 at 7:35am PDT

Also Read: Saroj Khan death: Madhuri Dixit Nene mourns her loss, says, ‘Saroj ji was a part of my journey since the beginning’ 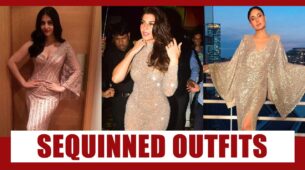 Celeb inspiration: Aishwarya Rai Bachchan, Kajol And Kareena Kapoor's wardrobe to get a perfect attire for every occasion Aishwarya Rai Bachchan vs Priyanka Chopra: Whose Next Bollywood Project Are You Waiting For?