Check out more on Shah Rukh Khan's cameo in Salman Khan's Dabangg 3. Read the story to gain more knowledge on the same subject Salman Khan and Shah Rukh Khan are two bonafide stars of the film industry and if anyone had to compile a list of the top stars of the Hindi film industry, these two names will definitely be right there at the top.
Although their relationship has earlier gone for a toss on several occasions, the duo is now almost best of friends and the friendship is definitely something worth cherishing for all the fans and admirers.
Doing cameo appearances in each other’s movie has almost become a norm for them. Salman started it with Tubelight and then SRK carried forward the same with his ‘Zero’. And now Bhaijaan again gave all his fans and SRK fans a mega surprise by showing a small cameo scene of Shah Rukh Khan in Dabangg 3.However, this isn’t the usual cameo. Take a look – 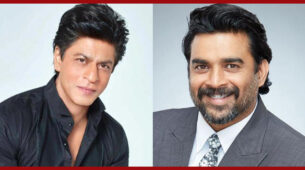 Shah Rukh Khan In Madhavan’s Bio-Pic, And It's A 40 Minute Role