Shocking news coming in from the world of entertainment.

As per media reports in Times Of India, Kangana Ranaut has heard gunshots outside her Manali home yesterday night.

TOI reports further add that the local police have done their preliminary investigation but have found no signs of mischief. Kangana Ranaut maintains the fact that it was an attempt to intimidate her since she has been very vocal against the Hindi film fraternity post the death of Sushant Singh Rajput.

Kangana was quoted by TOI as saying,

“I was in my bedroom, at about 11.30pm. We have three floors. We have a boundary wall, behind which there are apple orchards and a water body. I heard a cracker-like sound at 11.30. At first, I thought it must be a cracker. And then another shot happened, and I got a little alarmed since that sounded like a gunshot. Right now, there’s no tourist season in Manali or anything, there would be nobody out with crackers at this time.”

“So I called my security in charge immediately. And I asked him, what happened? He said, it might be some children or something here, we will go around and see whether it was crackers or some other noise was there. Now this person maybe has never heard a bullet sound, but I have. He thought it maybe has something to do with some mischief. So they went around, but there was nobody there. Now we were five people, and all these people here with me – they all felt it was a bullet noise. And this one doesn’t have a cracker kind of noise. So we called the cops.” Want to get ready for a virtual date night? Alia Bhatt, Kangana Ranaut, Jacqueline Fernandez's easy-breezy dresses will help you 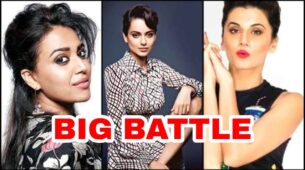