If every other line of dialogue in this quirky crazy love story is just as crisp and corny, then let’s not beat around the ‘blush’, Ayushmann has another winner on his hands. This one seems to be more of a game-changer than his earlier films. He plays a gay man hell-bent on marrying his gay partner played by YouTube star Jitendra Kumar.

Kumar and Khurrana look so comfortable with one another, it is hard to believe Hindi cinema can actually make two men in love look so convincing. For sure, the trailer proves Khurrana has more chemistry with his latest co-star than he had with Yami Gautam in Vicky Donor and Bala, and that’s no exaggeration.

The trailer seems to enjoy the thought of making parents and other homophobic sections squirm in their seats. Jitendra Kumar tells his aghast parents that the minute he saw Khurrana his was enlarged…pupils of his eye, silly. What did the parents think?

Debutant director Hitesh Kawalya invests a lot of kinetic energy into making the same-sex lovers run through a gauntlet of parental doubts, right until the mandap where Jitendra Kumar is all set to marry a girl of his parents’ choice.

No doubt love wins, though how the audience reacts to this tale of same-sex revelry remains to be seen. The trailer seems to suggest a very happy film about a gay couple. The blitheness may be a blinder. In real life game couples who have to surmount numerous problems, hardly have anything to laugh about. Here there is plenty of laughter. Even Jitendra Kumar’s parents Gajraj Rao and Neena Gupta seem far happier playing Jitendra Kumar’s parents than they seemed playing Khurrana’s parents in Badhaai Ho.

In the meanwhile Khurrana taunts his lover about his impending marriage (to a girl). “Now begins your Roadies. Are you up to the task?” 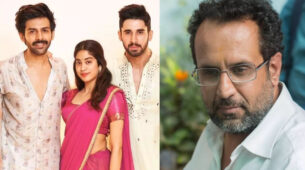 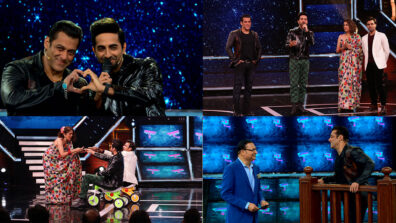 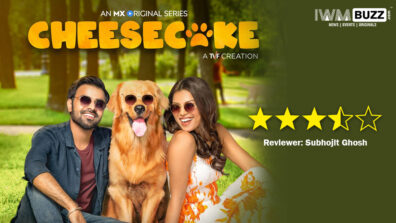