Check out the new cast of Bunty Aur Babli 2. Read the story for more details Abhishek Bachchan has successfully paired opposite many A-list actresses of B-town. But if we go as per stats and records, his pairing with Rani Mukerji has pretty much been at the top with the kind of cinema they have done. And why not? Abhi and Rani as a pair have delivered two hits in the form of ‘Yuva’ and ‘Bunty Aur Babli’, the latter having been loved a lot a lot more by the audience.

The duo was simply magical as Bunty and Babli respectively and Amitabh Bachchan and Aishwarya’s presence in Kajra Re made the entire content even more spicy. And now, many years down the line, in a time which is regarded as the time of remakes, Bunty Aur Babli is being remade and guess who’s replacing Abhi and Rani? Our very own M.C Sher, aka Siddhant Chaturvedi, and debutante actress Sharvari.

Given the hilarious nature of the film, we expect a lot of firepower from the new pair and here’s hoping that they can successfully continue the magic of the original in the sequel. For more such updates, stay tuned to IWMBuzz.com 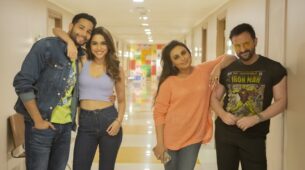 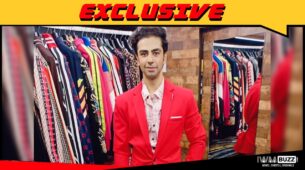 Nitin Bhatia to return in Star Plus’ Yeh Hai Chahatein REVEALED: The Shocking Difference Between Abhishek Bachchan And Aishwarya Rai Bachchan's Net Worth