They wanted Naseeruddin Shah dead too, so that they could have a trilogy of tragedies to play upon. But sorry, Naseer refused to play ball. He isn’t ready to die as yet. I connected with Naseer Saab, one of the most straight-talking artistes and undoubtedly the most brilliant actor since Dilip Kumar, and he told me the health issues were all the inventions of media stormers out to get hits by hook or crook.

The sloppily written articles on the terrible trilogy of tragedy would just have to be cancelled. Unless God obliges the vultures by killing one more acting stalwart. If, God forbid, that happens, let’s hope the hospital staff spares the dying artiste the indignity of shooting his death.

What are we coming to? Have we lost our humanity completely? A lot of optimists out there thought this lockdown would change civilization’s growing descent into self-interest. But no such luck.

Witness the gleeful video conferencing after we lost the Irrfan Khan and Rishi Kapoor within 24 hours. Everyone wants a soundbyte and there is no dearth of boring stars at home willing to oblige. Hence actors who had never worked or even met either Irrfan or Rishi were giving their two-bit expert comments on the actors.

91-year old Bharat Ratna Lata Mangeshkar, who was recently pulled from the jaws of death, was not spared either. She had news channels hounding her for her reactions to Rishi Kapoor’s. One enthusiastic correspondent wanted to know if Rishi Kapoor had any favourite songs by Lataji. That’s when she hung up the phone. I dialed his number this morning hoping to hear his gruff voice telling me the death news was all a hoax.

But he’s really gone. And there is really no sense in asking everyone in your phonebook to comment on death. I respect Raakhee Gulzar (Raakheedi for me, but let’s stay professional in these times of unprofessional journalism) who has done important films with Rishi Kapoor (Doosra Aadmi and Kabhi Kabhie) for telling me, “Subhash, let me be silent”. I quietly withdrew.

Shabana Azmi also requested me to let her be as the shock of losing a dear friend (Rishi) was yet to be processed in her mind.

Or I like Taapsee Panu for telling me, “I don’t comment on people passing away”. Fair enough.

I wish more of those who are pulled out for comments on a death show some degree of restraint. Unfortunately, the era of social-media impact has robbed even the biggest of artistes of their self-restrain. It was shocking and disgusting to see names that I respect rushing to be the first to tweet about the recent deaths of actors who cannot die. Unless we kill them with virtual kindness.

Take a break from trying to project a digitally-driven sensitivity. Try feeling real feelings again. You will like it. 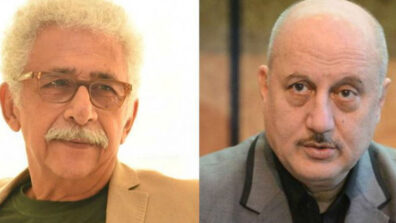 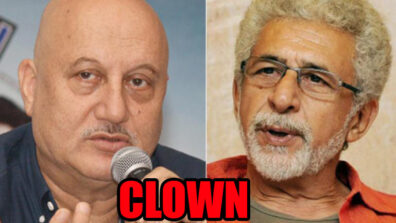 Naseeruddin Shah And His Theatre Roots