Know more about the 9 page letter of Sushant's family The mysterious death case of Sushant Singh Rajput is undoubtedly getting murkier day by day.

Yesterday, a major development took place when the Supreme court asked all parties to present written notes on the next hearing day of August 13th, 2020.

CBI currently is probing the matter from their end and today, a 9-page open letter written in Hindi was released by the family.

In the letter, they are said to be slamming the slander campaign that has been going on against them for some time.

Furthermore, the letter also tells us about the strong bond they had with Sushant and how his death has affected his mother very badly.

The letter also talks in-depth about the case which also led them to raise a question of whether they will be able to get justice or not.

We found some parts and pages of the letter and here they are below. Take a look – 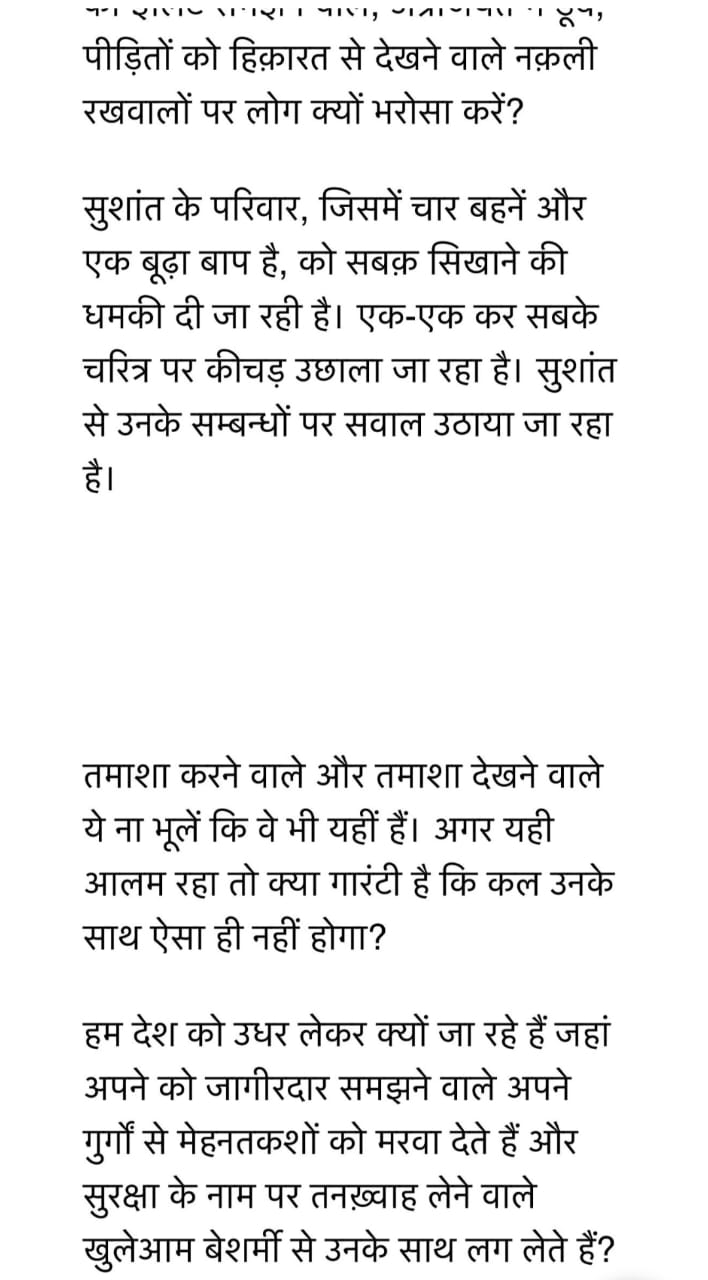