The case is currently being investigated by the Central Bureau Of Investigation (CBI) and they have been questioning a lot of people connected to Sushant.

According to the latest report in Times Of India, three officers who are a part of the probe, have stated that their team has so far not found any evidence that suggests Sushant was murdered on June 14. Hence, the CBI team is now examining the suicide angle and is reportedly probing if an abetment to suicide case can be made.

According to the investigating team, nor the statements of the key suspects nor the forensic reports hint at homicide and while the focus has shifted to the suicide angle, the probe for murder has not been officially wrapped yet.

CBI has also been grilling the late actor’s girlfriend Rhea Chakraborty and her brother Showik. On Monday, the CBI had also summoned Rhea’s parents and reportedly questioned them about their relationship with the late actor. 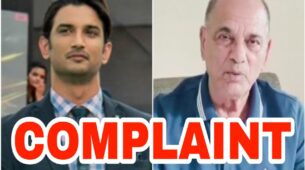