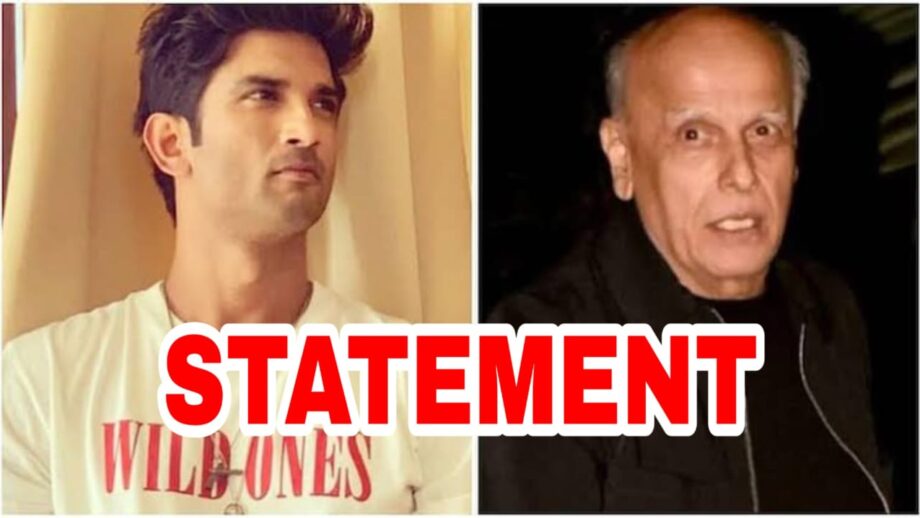 Ever since Sushant Singh Rajput’s suicide took place, investigations have been on in full swing.

So far, we have seen quite many names being questioned. Some of the names are Rhea Chakraborty, Sanjay Leela Bhansali, Aditya Chopra, Rajeev Masand, and many more.

And now, the latest one to record his statement on this is Mahesh Bhatt.

So what exactly did Mahesh Bhatt say?

Well, as per reports in India Today, Mahesh Bhatt recorded his statement saying that Sushant Singh Rajput was never offered Sadak 2 and on the other hand, he was willing to do any role in the film.

The veteran filmmaker added that he had only two meetings with Sushant, one was in 2018 when Sushant turned up to see him and in 2020 recently when he went to meet him at his Bandra apartment when he was keeping unwell.

As per reports, Bhatt also added that Rhea Chakraborty sees him as her guru and mentor.