IWMBuzz asks you whether this tweet from the late Sushant Singh Rajput is real or fake? 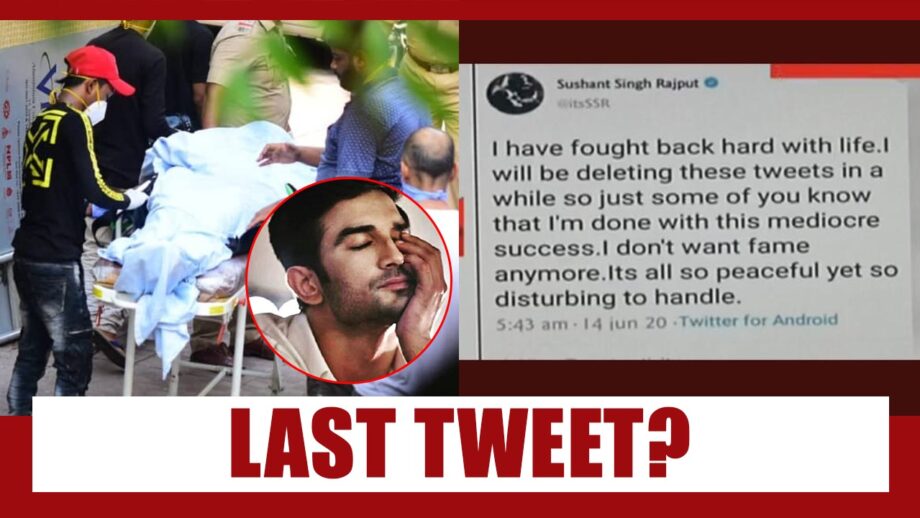 Ever since the entertainment industry heard the shocking news of Sushant Singh Rajput passing away due to suicide, it has left a permanent scar on the industry. While some people genuinely showed concerns for him throughout, netizens feel the other half is showing their fake concern and love for him only after he passed away and not before. Only few people from his fraternity, the likes of Shraddha Kapoor, Varun Sharma, Rajkummar Rao, Krystle D’Souza, Vivek Oberoi, Kriti Sanon came to pay their final tribute to Sushant at his last rites.

Since there was no suicide note left, there was no clarity as to what could be the exact reason behind his death. But now, we have found out a chilling image of a screenshot of Sushant’s Twitter post where he seemed to have tweeted something and then deleted it before his death. The tweet is shocking and upsetting at the same time and we are unsure if it’s for real or fake. Take a look at the tweet below – So guys, what do you think? Is this tweet from Sushant real or fake? Let us know your views in the comments below and for more updates, stay tuned to IWMBuzz.com.