Let’s find out what Subhash K Jha has to say on the recently releases trailer of Bhoot Part 1, The Haunted Ship 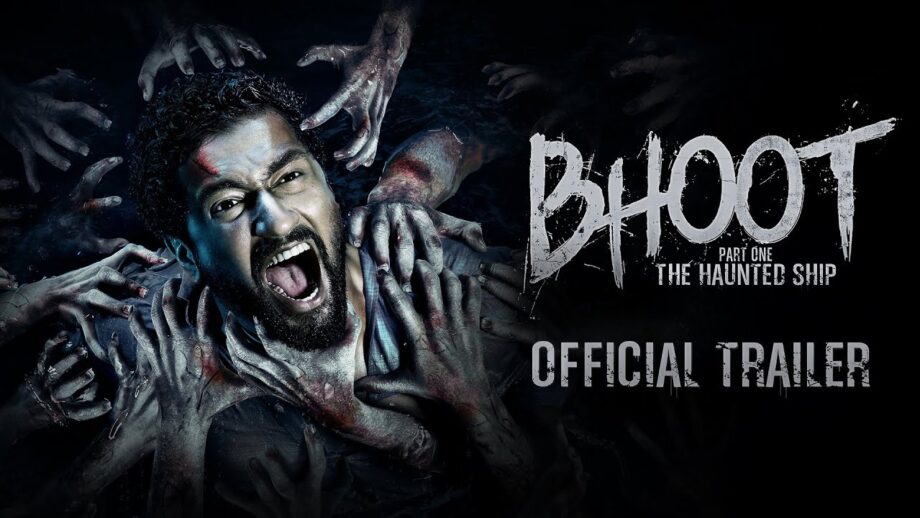 Sigh. We really need to stop doing certain things. Like horror. Indian cinema just can’t scare us. Maybe real life for us is so scary—the Nirbhaya convicts being more satanic than Satan ever could be–these make-believe musings of the macabre are hardly of any consequence.

Bhoot Part 1, The Haunted Ship looks like a shipwreck of misguided terror. It is meant to be the first of producer Karan Johar’s proposed horror series. Instead of a haunted house it is a ‘hownted ship’ (as someone informs us in a shivery voice) called the Sea Bird. Wing…wing!!!

Now from what I understand the Sea Bird gets washed on to the Mumbai shores without a single living creature on board. This could be all the distributors of Kalank travelling together at sea, who knows.

What we see in the trailer is Vicky Kaushal (trying hard to look frightened but actually looking as though he forgot to turn off the geezer before leaving home) stupidly returning over and over again to the supposedly haunted ship with a torch and grimace for company. He then proceeds to go deeper and deeper into the set representing an abandoned ship (salute to the art designer) where routinely, even rats fear to tread.

The scares are more corny than creepy. Kaushal’s expressions suggest that someone just suggested a sequel to Uri to be shot on location in Pakistan. Unlike Uri, Bhoot, etc seems to be pretty much a one-man show. An individual and his hard-‘ship’, so to say. There is also this silly young couple who decide to play hide ‘n’ seek on the ship. We all know what lies in store for those who don’t take the Devil seriously.

But does Karan Johar know? The Casper comics look scarier than this. Boo! I can see Ram Gopal Varma laughing all the way to his next eerie outing.