Salman Khan is Bollywood’s beloved Bhaijaan and also the most feared. No, we are not saying that he goes around scaring people, but just the sheer personality and magnanimity of the man is enough to intimidate people around him. But ever imagined what could possibly be the ramification if someone threatened Salman Khan for death and that too on social media?

Two men named Jacky Bishnoi and Jagdish had issued a death threat against Salman Khan on social media, to garner a bit of publicity. Post arrest, police identified them as smugglers and thieves.

The two are now behind bars on charges of death threat and stealth. For more such updates, stay tuned to IWMBuzz.com. 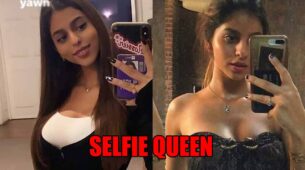