IWMBuzz shows you how US President Donald Trump revealed his love for Baahubali and Devasana. Read the story for more details Like him or dislike him, you simply cannot ignore him. Such is the charisma and strength of US President Donald Trump in the political fraternity. Trump is that one US President who’s never shied away from controversial statements on public platforms and that has mysteriously worked in his favor.

We all heard about the US President’s visit to India next week post invitation from Prime Minister Narendra Modi. In his visit, he would be accompanied by a team of high level delegation including the likes of First-Lady Melania Trump, daughter Ivanka Trump, his son-in-law Jared Kushner and a team of top American officials.

But seems like more than anyone else, Trump is the most excited for this visit and excitement and joy is pretty much at par with Baahubali sensation Prabhas’s joy while he was the savior in Baahubali. Showing his love for Baahubali, Prabhas and Anushka’s character, Trump was seen reposting a meme video which shows Trump come out strong as the ‘savior’ of America. The video is hilarious to the core and it will certainly tickle your funny bones. Take a look –

Look so forward to being with my great friends in INDIA! https://t.co/1jdk3AW6fG

So guys, how did you guys like this video and what are your expectations from Trump’s visit to India? Let us know your views in comments below. For more updates, stay tuned to IWMBuzz.com. 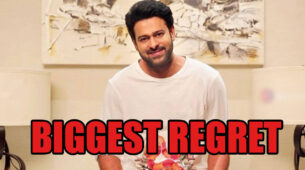