If there’s one actress in the Hindi film industry who can literally get into the skin of any character (emotionally and also physically) and is versatile to the core when it comes to mental and physical transformations, it is Vidya Balan. On the one hand, we see her slaying it like a queen in a sensuous role like ‘The Dirty Picture’. And on the other hand, we also see her portraying a traditional Indian wife who’s also a scientist at ISRO in ‘Mission Mangal’. She can truly do it all.

And now, she’s on her way for her next venture ‘Shakuntala Devi’, which is an ode from her end to the mathematician genius. One must note that the initial clap of the first shot was also given by Shakuntala Devi’s real daughter. The personal connect is there for all to see, and hence, since today is the birth anniversary of none other than the legendary Shakuntala Devi, Vidya Balan had to ring in the birthday with some heartfelt words. Take a look –

Charismatic, witty & exceptionally brilliant, she gave the world more reasons than one to be in awe with her! Remembering the extraordinary woman, #ShakuntalaDevi, on her 90th birth anniversary. @sanyamalhotra_ @sonypicsprodns @directormenon @ivikramix @abundantiaent 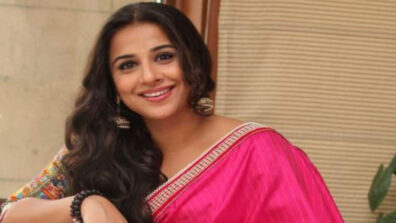