Rhea Chakraborty hopes to battle the mess out Most insiders in the know are sure that Rhea Chakraborty will be granted bail next week, and that she will fight her way out of this mess that has been thrust on her.

A friend of the actress who spoke to her just before she was taken into custody says she was holding up well. “Rhea is not going to succumb to all these pressures to destroy her and her family. She is determined to prove her innocence. More than her own innocence it is her family’s name that she wants to support. The good thing is, a lot of people from the film industry are coming forward in her support.”

“Even if he insisted that she leave, Rhea should have stayed,” says the friend.

We would like nothing better than to see Rhea and Sushant both get justice. 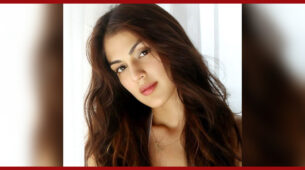