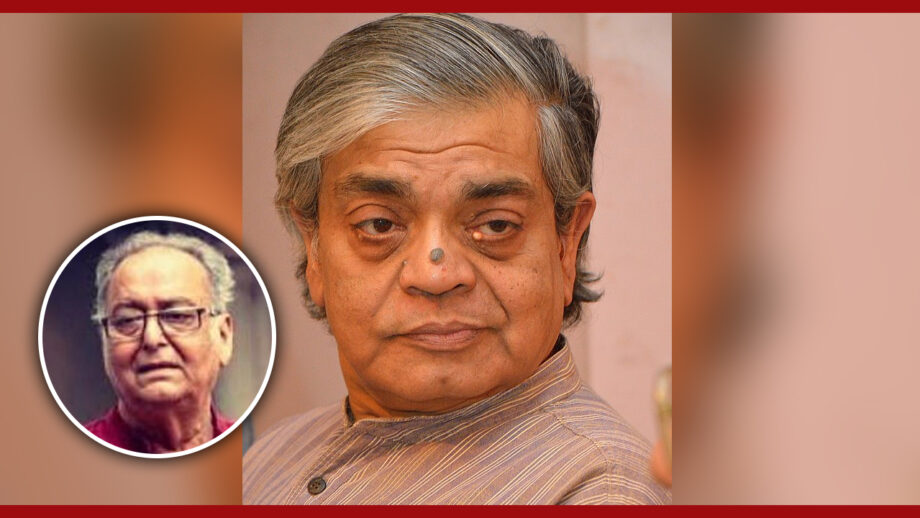 “Comparable with Fellini and Marcello Mastroianni and with Kurosawa and Mifune,” says the affable Sandip Ray, himself a filmmaker of considerable repute. “Soumitra Babu’s collaboration with my father started from before I was born. He had gone to my father to be cast in Pather Panchali in 1959.My father found him too old to play Apu. Later he cast Soumitra Babu as Apu in Apur Sansar, that’s how their collaboration started.”

Sandip cannot atop marveling at the variety of films Satyajit Ray and Soumitra Chatterjee did together. “No two roles in the films they did together are comparable. Soumitra played the most varied characters in my father’s films…I can’t pick favourites..But Apur(in Apur Sansar) and Amal(in Charulata) were widely lauded. I also liked the taxi driver that Soumitra Babu played in my father’s Abhijaan where he had to speak in Hindi throughout.. I came into the picture with Ashani Sanket(Distant Thunder) in 1973. I became a full-fledged assistant to my father with Ashani Sanket. That’s when I got a chance to observe the two of them at work. It was a learning experience for me.All the greats are gone. Recently one of my father’s closest associates photogrpaher Nemai Ghosh also passed away. It is frightening.”

Directing this great actor was like collaborating with a family member. “Soumitra Babu was like my own uncle. He was very close to my father even outside the studio sets. He came home very often . Losing him is like losing a close member of my family. One by one,they’re all leaving.This has been a very depressing year. Losing Soumitra Babu was a shock to me. I met him last in September, just days before he was hospitalized for Covid, for an archival documentary that his daughter was making. He was in the pink of health, conversing with everyone the whole day. Soumitra Babu was a very learned man. But he didn’t allow his knowledge to come in the way of his democratic attitude. Whether it was an actor or a spotboy he was equally friendly with all.And yes , one more thing. He always encouraged new directors, did not hesitate in working with them.You have no idea what that meant to younger directors who come into the Bengali film industry in the generations following my father.”

Sandip reveals more on his father’s collaboration with Soumitra Chatterjee. “They met beyond their shootings quite regularly to discuss the magazine titled Ekhon which Soumitra Babu edited.My father suggested the name of the magazine .His screenplays were regularly published in Ekhon.”

Also Read:“Satyajit Ray, My Father,” Sandip Ray Pays Tribute To The God Of Indian Filmmaking On His 100th Birth Anniversary “Satyajit Ray, My Father,” Sandip Ray Pays Tribute To The God Of Indian Filmmaking On His 100th Birth Anniversary