IWMBuzz tells you what makes Ritesh Sidhwani a real visionary. Read the story for more details Ritesh Sidhwani has been a producer who is a visionary. His monumental foresight has laid bricks to the foundation of many spectacular scripts that have turned out to be movies of prominence. The producer has always breathed life into projects or chosen scripts which seem to be of a compounded nature, and sometimes even impossible.

One needs to looks no further than his movie Gully Boy. Gully Boy addressed the underground modern rap scene in India which was not talked about in the open. It was a perfect portrayal of it. It basically helped the rap scene in India to prosper. It turned out to be even commercially successful and totally shook the box office and won various accolades.

Ritesh Sidhwani also brings to us content on OTT platforms. His release Made in Heaven had a realistic portrayal to backdrops of big fat Indian weddings and there is a lot that we can take from the series. The show had a impactful narrative. The series had an intricately detailed, unconventional story-line which was yet another super hit and was one of the biggest show on OTT ever.

The producer show ‘Inside edge’, which was yet another hit on OTT platform, gives us an interesting perception into the window of the world of the powerful men and women who run the game behind the game of professional cricket, who will stop at nothing to get what they want. It gives us an insight into the crux of the world of cricket.

Ritesh Sidhwani always always chooses compelling narratives with his vision. The above mentioned content is a great example of how he chooses narratives whose essence seems almost impossible to capture on screen, which have a ‘breakthrough’ story-line and makes it his mission to make them into heart-captivating movies or OTT shows.

Ritesh’s films are proof of his versatility and are an ideal example of how one can bring together certain components which will make a film a creative and a commercial super-hit.

Ritesh’s stupendous production house Excel Entertainment has a host of projects lined up this year like Toofaan and KGF Chapter 2. A wide hit by Ritesh, Gully boy was a commercial success and it won 13 awards at the 65th Filmfare Awards, 12 awards at 26th Screen Awards and 9 awards in Zee Cine Awards, sweeping in most of the awards in one year. 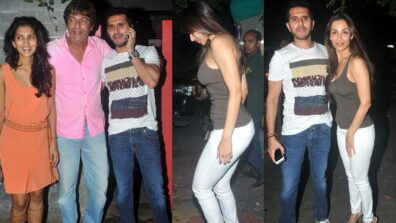