Ajith Kumar is the superstar of the South Indian film industry and he works in Tamil cinema. The actor has amazed us with his acting skills for the past several years. He is one of the most leading and popular actors in Kollywood. He has also become the highest-grossing actor and the highest-paid actor in the industry. As we all know, he is also a motor car racer and has participated in racing series in 2010. The actor is very crazy about cars and bikes and has a fantastic collection of it. He is mainly known for his motor car races, and his fans go crazy over him and love to watch him in the race.

Ajith has a fantastic collection of cars and bikes which will shock you and make you fall in love with his collection. Ajith has a Honda Accord V6, which is a bestseller car all over the world. It is a Japanese luxury barge. For his daily drive, he has a BMW 7 series 740 Li. It is one of the luxury cars in India. His sexy bike Aprilia Caponard looks fantastic, and it costs around Rs 19 lakh. He was looking stunning with his red and white BMW S1000RR. OMG, his BMW K1300 S bike, is just fab, and Ajith is spotted with this bike for his racing. He has one more bike, and that is a Kawasaki Ninja ZX 14R. It is one of the fastest among the Japanese bike makers. His collection is just crazy, and his love for the bikes is never-ending.

Take a look at the amazing bike collection of Ajith Kumar and stay tuned to IWMBuzz.com. 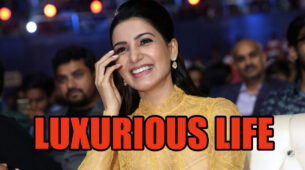