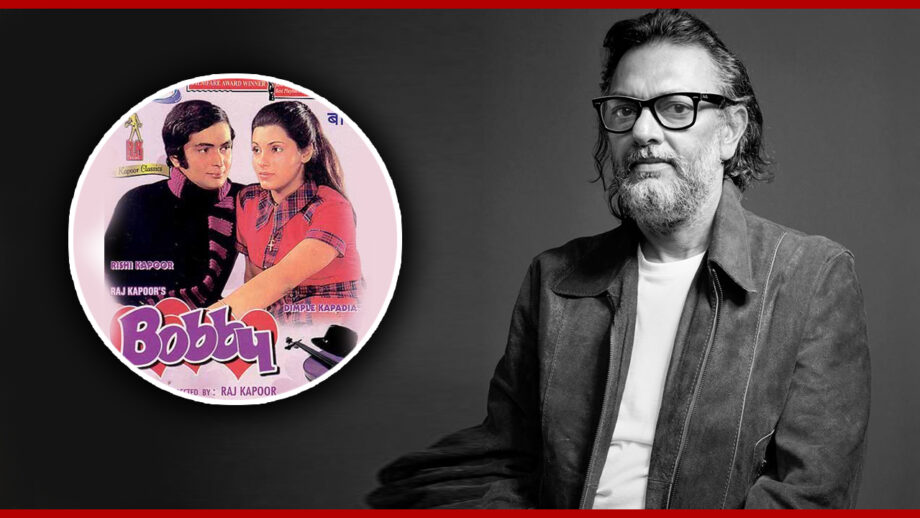 Says Rakeysh, “Actually, I first saw Bobby at the Regal theatre in Connaught Place in Delhi in 1973 when I was 10 with my family. Movie-going was always a big event for the family. My father was a great fan of Raj Kapoor. And Raj Saab was launching his son in Bobby. So it was a specially important film for our family.”

Rakeysh was addicted to the romance of Bobby. ” I must have seen Bobby at least ten times when it first had its golden-jubilee run. Each time, it was in the theatre and not on the small screen. I remember falling in love with the film and with Dimple Kapadia. That was a child’s amazement at a film that shaped his romantic perceptions.”

Then later when he grew up Rakeysh saw Bobby with the eyes of a filmmaker. “Then I saw what great filmmaking skills had gone into it. Somewhere deep down Bobby remains entrenched in my heart. And then as filmmaker nobody can beat Raj Kapoor Saab. The whole treatment of Shakespeare’s Romeo & Juliet was totally RK.”

Rakeysh fell in love with the concept of love watching Rishi romance Dimple. “Rishi Kapoor epitomized love romance andaAnd Dimple Kapadia completely changed our lives. She changed the way we looked at a Hindi film heroine. She defined the very concept of a ‘breath of fresh air.’ She was so comfortable with her sexuality. We had never seen anything like her.”

What made Bobby even more memorable for Rakeysh was its music. “What songs by Laxmikant-Pyarelal! Lataji at 40 sang like a 16-year old for Dimple. Music today in our films has become a tool for marketing and not a tool for creative expression. The only better interpretation of Romeo & Juliet than Bobby is Titanic. The sacrifice of love at the end worked for me. The forced happy ending in Bobby spoilt it for me. For me, the film ends when Rishi and Dimple jump into the river. A really great love story must have a tragic end. Shakespeare told us this.”