Here are some gown looks of Kriti Sanon

Heropanti movie fame Kriti Sanon is a fabulous actress in the industry. She made her acting introduction with Telugu film 1: Nenokkadine in 2014. The actress has become very much popular in the industry since the day she has entered. She is loved for her beautiful looks and amazing acting skills. The actress has a great personality and looks mind-blowing in all her outfits and slays every outfit perfectly. The actress has authenticated herself as one of the highest-paid and top-most grossing actresses of the industry.

Kriti Sanon amazes us with her fabulous acting skills and fans just love to see her on-screen as she gives fantastic roles. Bollywood actresses have a great and huge collection of gowns. They are seen wearing different designs and colors of gowns. The actresses always prefer to wear a gown for their red carpet look or for any event. Kriti Sanon is seen wearing a gown and she just looks gorgeous in all her gown looks. The actress has also walked the ramp in a gown and has nailed the outfit perfectly. The actress also shows off her toned figure and looks damn hot.

Check out some gown looks of Kriti Sanon and stay tuned to IWMBuzz.com.

Also Read: Kriti Sanon, Janhvi Kapoor: Sexy Divas Who Have The Hottest Looks in a high-low cut gown with a neon twist 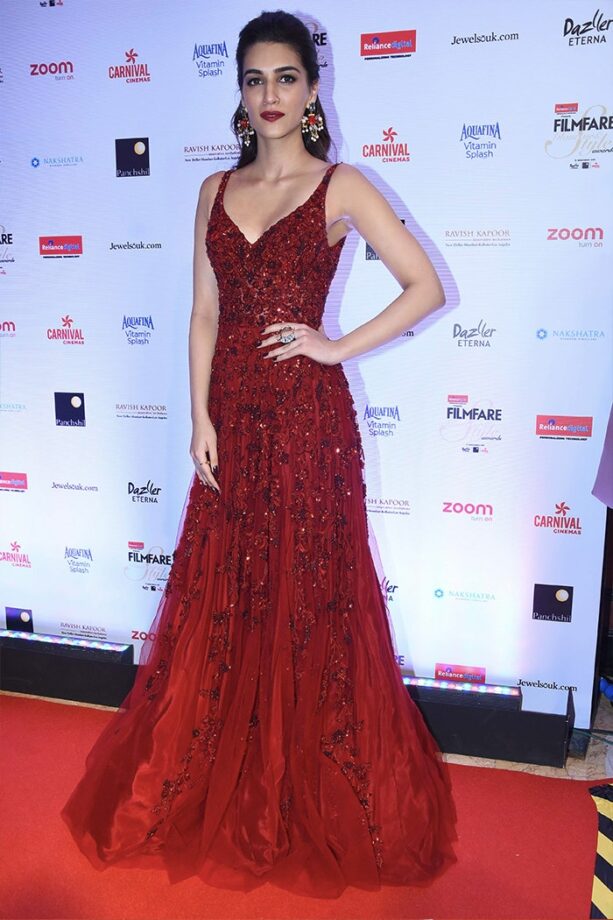 [I Know You Want My Pink Lips] Shraddha Kapoor Vs Kiara Advani Vs Tara...

Cocktail Party: Tara Sutaria's These 3 Vibrant Looks Are For Your Perf...

Times When Aishwarya Rai Bachchan Was Being Rude To The Paparazzi

Shah Rukh Khan Revealed His Reaction On Getting To Know About Suhana K...