Allu Arjun is the heartthrob of Tollywood

The most handsome guy in the industry is none other than Allu Arjun. He is famous for his acting skills. He is an amazing dancer too and has amazed us with his killer dance moves. He has a huge fan following and people go gaga over him for his handsome and dashing personality. He is the Superstar of Tollywood. He is also known as the stylish star of Tollywood. He has his own way of styling and people love his style.

Allu Arjun looks handsome in all his outfits. We have seen him wearing a suit most of the time and he looks damn hot. His outfits are simple but look awesome on him. He looks perfect, be it airport style, function or any special occasion he slays every outfit with his killer looks. Most of the time we have seen him wearing black outfits and he looks damn hot and sexy in it. We just can’t stop gushing over him. He was spotted wearing a printed shirt and checked waistcoat on it and was looking fabulous. He is one of the most popular and leading actors in Tollywood.

Check out some amazing pictures of Allu Arjun and stay tuned to IWMbuzz.com 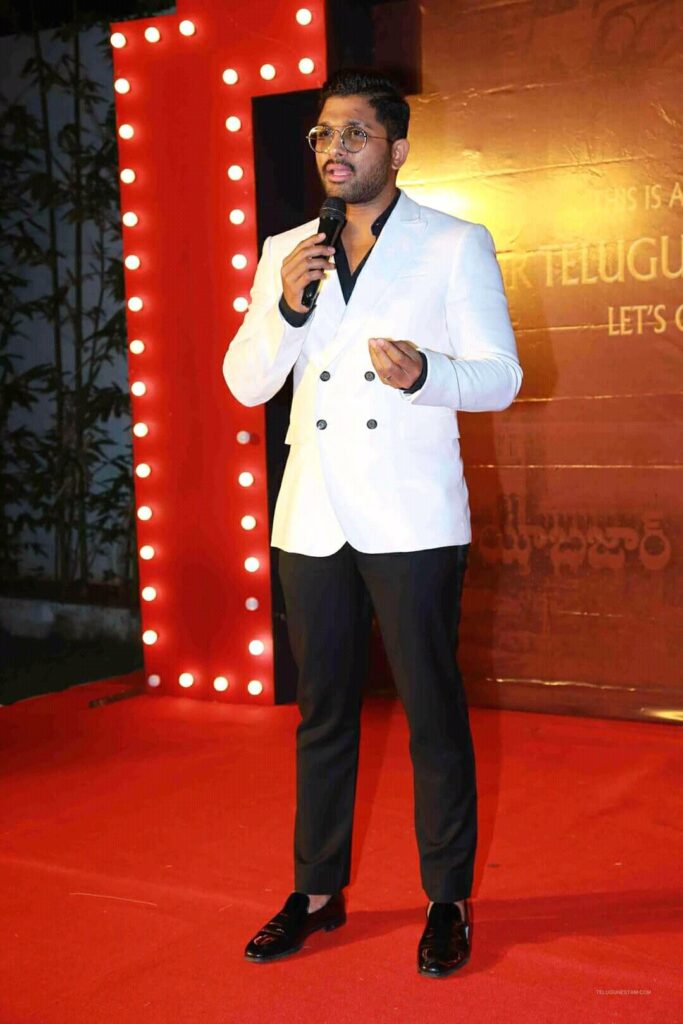