Here are some airport looks of Kangana Ranaut

Kangana Ranaut is an excellent actress who is known for her remarkable performance in her films. The actress is noted for her fabulous acting skills and has given outstanding performances. She has earned several awards for her incredible roles in her movies. The actress is leading the industry with her stunning looks. Kangana Ranaut began her acting career with a debut film Gangster in 2006. She is also praised by her fans for her fashionable looks and superb outfits.

Kangana Ranaut is the strongest actress who has won hearts for her brilliant ideas and always stands for the right things. Kangana Ranaut has struggled a lot to become successful in her career. The actress has inspired several people out there. She is seen wearing a comfy and sassy-looking outfit for her travel style look. The actress keeps her airport style look simple yet she looks gorgeous.

Check out some airport looks of Kangana Ranaut and stay in space with IWMBuzz.com. 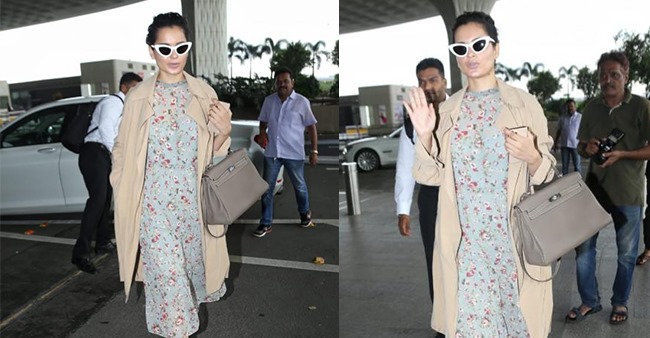