These looks by Angelina Jolie are going to make your jaw drop. The American actress, filmmaker, and humanitarian Angelina Jolie has been one of the greatest actresses of the Hollywood industry. The actress has made everyone stunned with both her movies and beauty. The pretty lady follows her own set of fashion that she is into, in her day to day life. She has slain in every outfit that she wore from the red carpets to the streets.

Be it casual wear or formal wear, the beauty looks damn sexy in all of them, even in her 50s. Here are some of her best looks.

1.      In the 67th British Academy Film Awards, the actress made a huge fashion statement by appearing in Saint Laurent Paris menswear-inspired ensemble for the red carpet.

2.      One can never forget Jolie’s iconic wedding look. Her wedding dress had illustrations by her kids.

3.      Jolie’s look at the premiere of Kung Fu Panda’s red carpet was admirable enough. She was seen in a gown by Max Azria Atelier and a gold-and-diamond bracelet from Bulgari.

4.      She was seen in an Emporio Armani’s glazy black off-shoulder dress for the premiere of Salt (2010) in Los Angeles.

5.      The beauty flashed her legs in famous Angie-Leg pose in a black slit Versace Gown for 2012 Oscars.

There are many best looks of the actress, have a look at these pictures! 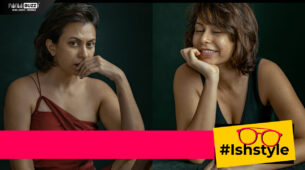