Take a glance at Charlize Theron in red outfits!

Charlize Theron is an American actress who is well known for her movies including ‘Mad Faux: Furry Road’, ‘The Old Guard’, ‘Atomic Blonde’ and many more. The actress has done a commendable job throughout her career span with her applaud-worthy performances. But today we speak of the actress’s looks in red. But before we get to it, let us tell you that Charlize Theron in red outfits is like a dream. The actress looks like a goddess in red and we are lovestruck by her looks in red outfits. Charlize Theron is a vision for the eyes donning this elegant full-sleeved and ruffle-neck red lace dress. The actress sported a spicy bob cut in the sun-kissed photograph. The actress set the red carpet on fire when she walked the carpet donning a bewitching red gown with an amazingly low neckline and a long train at the back of the gown. The actress wore a statement long diamond-studded necklace along with this mind-blowing red outfit and looked fierce sporting a bob cut.

Charlize Theron has a super chic fashion sense that is worth taking cues from. The actress yet again wore a stunning outfit at the MTV Movie Awards donning a spicy red strapless dress by Lanvin that was paired along with metallic heels. With this look, Charlize Theron redefined simplicity to its best.

The actress was spotted in a little red dress yet again at the premiere of the movie ‘Young Adult’. Charlize Theron wore a hot red leather sleeves dress at the event and rocked the beach waves look on her short hair while making our hearts skip a beat. We are a huge fan of Charlize Theron in red. Comment down and let us know what you think of her looks in red! 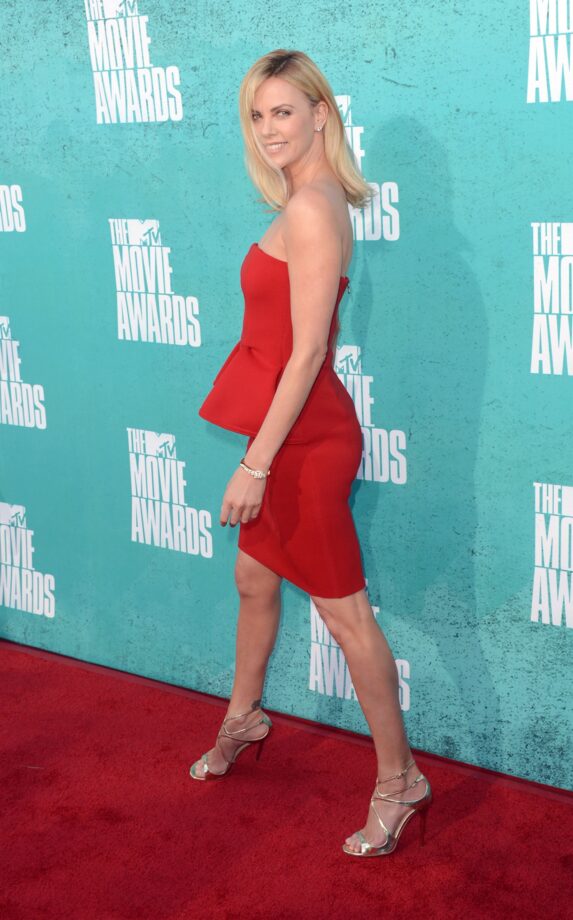 Review Of The Woman In The Window: A Flawed But Smart Thriller

Review Of Rifkin’s Festival: Sparkles With A Wispy Wit, A Cosy Warmt...

Got Your Eyes Tested Recently? Check Out These Dashing Spectacle Desig...