Remember when Priyanka was alongside Salman Khan and Akshay Kumar in ‘Mujhse Shaadi Karoge’? She played the role of Mr. Duggal’s daughter. That role we saw in our childhood is still fresh in our minds, proving that she makes her roles so unforgettable.

The next time she stole our hearts was when she was our desi girl in Dostana, a Karan Johar production. She shared screen space with John Abraham and Abhishek Bachchan. Her character was unknowingly stuck in a love triangle, only to find out later that the guys are homosexual, which was also a lie. Way to go, Priyanka!

Her role in Gunday again managed to leave us wanting more. There, once again, the character she played was stuck in a love triangle between Arjun Kapoor and Ranveer Singh. The actress definitely did justice to her role, giving it the perfect amount of retro.

Let’s not forget her work in Bajirao Mastani and Ramleela. Those were movies she did after she had debuted in Hollywood series, Quantico. One must think that she has lost her touch for Bollywood acting. But then again, she does not fail to amuse us with whatever she does.

We hope we get to see more of Priyanka in Bollywood, carrying great films with grace again and flaunting more of her versatility. 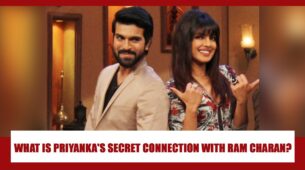