Who looks dazzling in a metallic gold gown: Hina Khan Or Anushka Sharma? 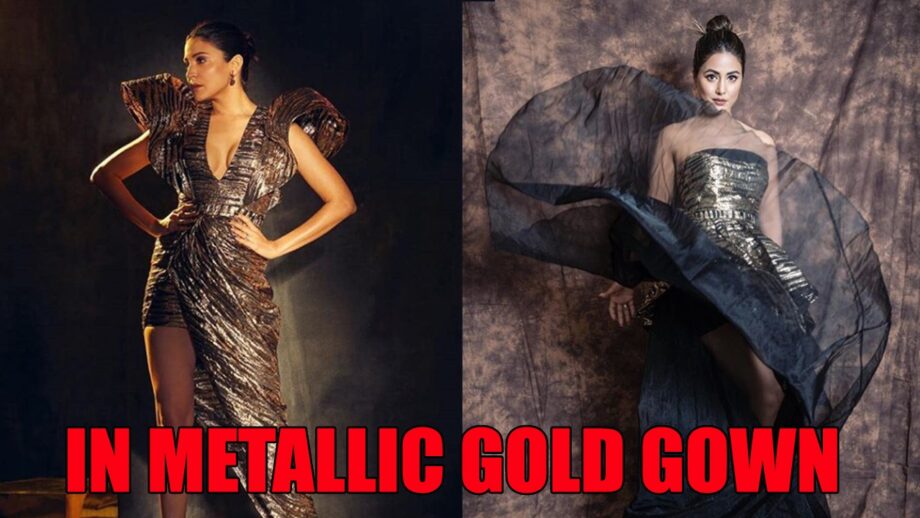 Anushka Sharma is the most popular and gorgeous actress who works in Bollywood. She has become the highest-paid actress who is known for her roles in movies. She has performed in many movies and has given hit films. She has also achieved several awards for her work in the industry. Anushka is a fantastic actress and also plays her role perfectly. Hina Khan is a television and film actress. She is known for her popular role Akshara in the Star Plus serial Yeh Rishta Kya Kehlata Hai. The actress also got fame from the reality show Big Boss. She has also become one of the highest-paid television actresses. Both of them just look fantastic and give us some major fashion goals. The actresses always look glamorous and style their outfits in a different way to look sassy and wear the outfit perfectly in the industry.

Actresses are always an inspiration for millions of people for their fashion styles, and several people follow them for their beautifully designed outfits. Hina Khan and Anushka Sharma were seen wearing a metallic gold gown and were looking fabulous. Hina Khan wore a gold and black off-shoulder metallic gown and was looking damn hot and sexy in that gown. She also posed perfectly and proved that she is a perfect poser. Anushka Sharma was also seen wearing a unique design metallic gold gown and was looking alluring in that outfit and flaunted her sexy hot figure.

Must read: 3 Moments Of Anushka Sharma That Make Her A Kindhearted Person

Check out some hot and sexy metallic gown photos of the actresses, and stay tuned to IWMBuzz.com.