Here are some ethnic outfits of Janhvi Kapoor

Janhvi Kapoor loves to wear ethnic outfits and she is spotted wearing ethnic outfits most of the time. She has a huge collection of traditional outfits which are perfect for festive, wedding, or any event look. The actress is seen wearing simple to fashionable designed ethnic outfits. She is seen wearing kurtas, salwar kameez, anarkalis, lehengas, sarees etc. She styles her outfits amazingly. Fans love to see her in ethnic wear as she looks mindblowing.

Check out some ethnic outfits of Janhvi Kapoor and stay tuned to IWMBuzz.com. 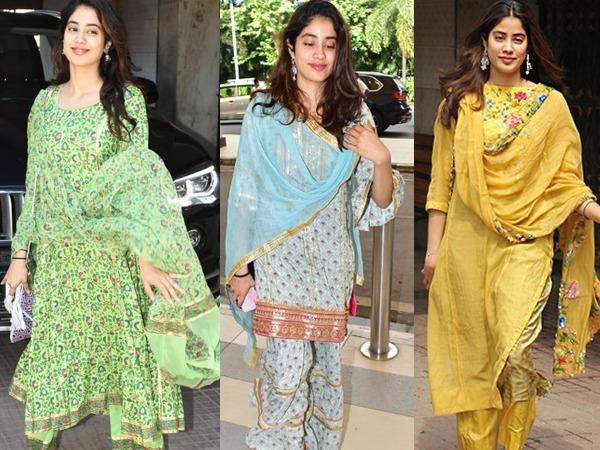