Mahesh Babu is the Superstar of Tollywood

Mahesh Babu is the most famous actor in Tollywood who works in Telugu cinema. He is a producer too and owns the production house G. Mahesh Babu Entertainment Pvt. Ltd. He made his debut with Rajakumarudu in 1999 and won the state Nandi Award for the Best Male debut. He started his acting career at the age of 4 and acted in eight films as a child artist.

He is a real inspiration for all his fans. His hard work and dedication towards work have made him successful in the industry. He has given many hit films and has achieved several awards for his work. He has a huge fan following and he is the most famous star of Tollywood and he is also known as the Prince of Tollywood.

At a very young age, he is successful in his career and people adored him for his hard work. His hard work, amazing acting skills, handsome dashing personality makes him the ultimate icon of Tollywood. Apart from being an actor, he is an active humanitarian and philanthropist.

Check out some amazing pictures of Mahesh Babu and stay tuned to IWMbuzz.com 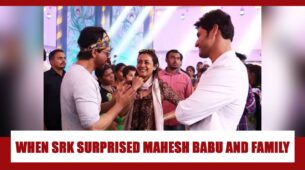