Parineeti is one of the prominent actresses in Bollywood and she has worked in many films. She made her debut with the company’s 2011 romantic comedy, Ladies vs Ricky Bahl and she won the Filmfare award for best female debut. She was appointed as the brand ambassador for the ‘Beti Bachao-Beti Padhao’ campaign to promote the cause of girl child by the Haryana government in 2015. The actress has mesmerized her fans with her sweet voice.

She is working on a new film, ‘The Girl On The Train’. Parineeti loves scuba diving and she calls herself a water baby. She has done many photoshoots in bikinis and fans are going gaga over the hot sizzling actress. The actress looks cute in traditional wear. She is the killer of looks and slays the bikini. Parineeti looks hot and sexy in her black bikini and her fans are going mad over her. She is a very good actor and is successful in achieving millions of fans.

Check out some hot and sexy pictures of Parineeti Chopra in a bikini and stay tuned to IWMbuzz.com 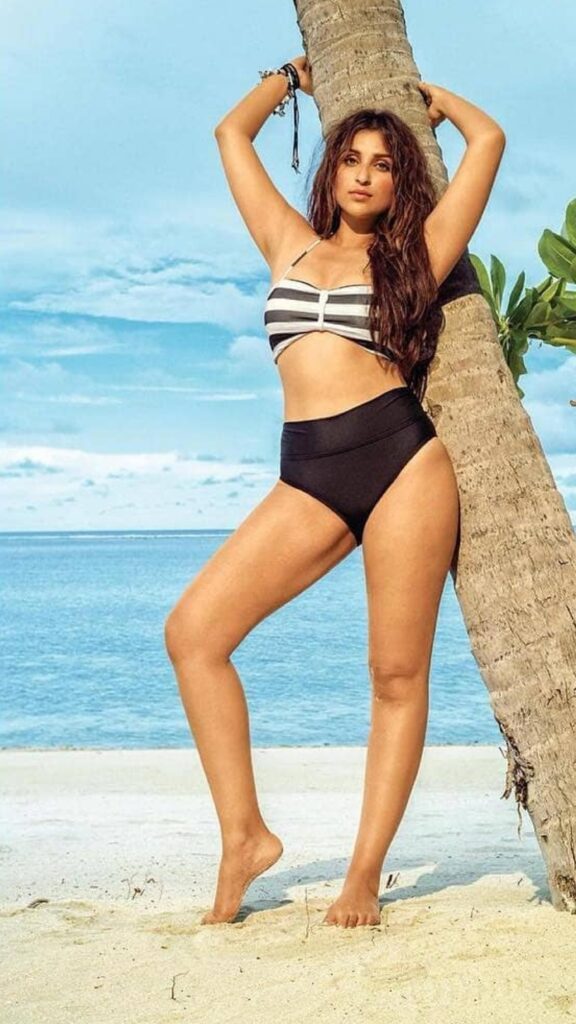