Why we can’t stop swooning over Vicky Kaushal When we speak of actors that make us skip a beat every time we see them, one of the names that first come to mind is Vicky Kaushal. The actor has a fan base of millions just after his first film and we find that completely amusing. However, it is justified considering what an amazing actor he is. The star has debuted in the Bollywood industry through the movie Masaan and since then has also worked well in movies like URI. The star has made some marvelous contributions to the Bollywood industry through his gifted talent of acting.

However, apart from his splendid works, Vicky is also known for his sensational features. The actor as some to die for features like his dark eyes, the wheatish complexion and charming smile. The actor also has the body of a beast. Fans all over the country are dying to know his secret diet and gym routine at this point. The actor is also admired for his great taste in the fashion world. There are very few stars who look good in suits of varying colours instead of the standard ones. And one of them happens to be Vicky Kaushal. The actor knows just how to carry and accessorize a suit that is not so mainstream in terms of colour and he manages to ace it every single time.

We hope to see more of Vicky Kaushal’s sensational works and looks in the future. Stay tuned with us for more updates on your favourite celebs. 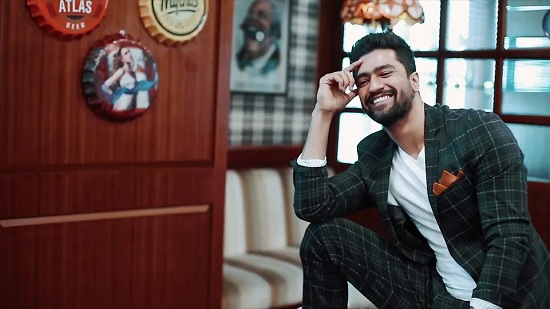