When Sara Ali Khan made our jaws drop Sara Ali Khan is one of the best new actresses in the country. It is no doubt that she is loved by the entire nation. What we find amusing is how she has managed to win over everyone’s heart in such a limited period of time. But it is no surprise considering what an amazing actress she is. The actress is the daughter of famous actor and actress Saif Ali Khan and his former wife Amrita Singh and she seems to be following their footsteps in just the right manner.

In the year 2018, the actress was part of two very successful films, one being Kedarnath and the other Simmba. She also won awards like IIFA and Filmfare for the best female debut for Kedarnath. Apart from her acting the actress is also known for her killer looks like her long locks, her pretty eyes and not to forget her perfect figure. Every fan in the country is dying to know her diet and gym routine at this point.

The actress is also recognized for her phenomenal sense of style. She knows just what to wear and how to ace it. The actress has a very playful style when it comes to western outfits. But when it comes to traditional outfits, it is a whole different ball game. The star is usually seeing opting for pastel shades with heavy intricate embroidery which adorns her like a princess. It is fair to say that she is one of the few actresses we’ve seen that take traditional outfits a notch higher with ease.

We hope to see more of Sara’s splendid works and sensational looks in the years to come. stay tuned with us for more such updates on your favourite celebs. 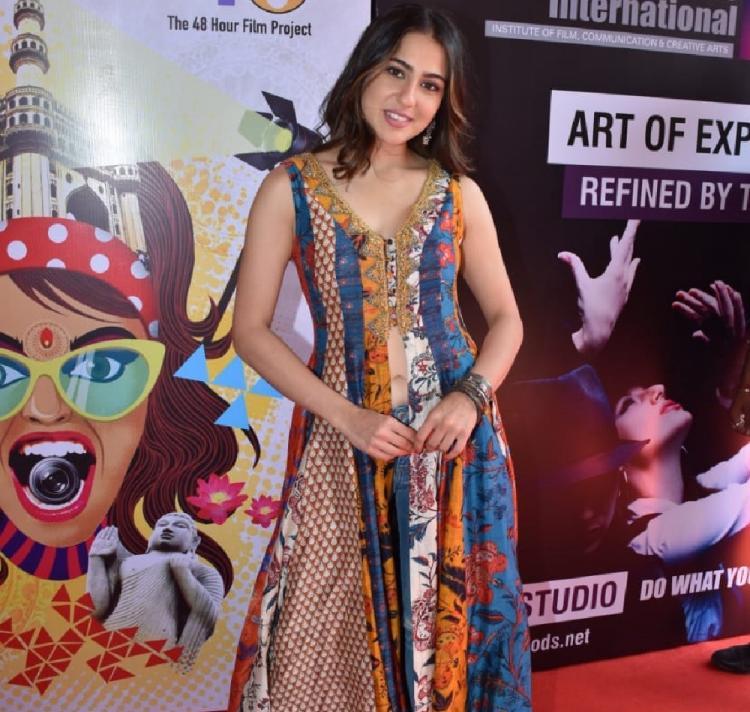