The astonishing and dazzling Diva of Bollywood Bhumi Pednekar is a fabulous actress. The actress has become one of the famous actresses of the industry. She has become a recipient of numerous awards. She drools the industry with her hottest looks. The actress is known for her acting skills and has astonished her fans with her sassy toned figure. The gorgeous looks of the actress are just fab. She has starred in various films and all her films are just fab and entertains us. The stunning looks of the actress have made us fall in love with her.

The actress has fantastic designed blue outfits and is snapped wearing most of the time. The actress has a beautiful collection of Western as well as ethnic outfits and she just looks ravishing in all her outfits. The blue color gives a sassy look and also helps the actress to look attractive and pretty. The actress is seen wearing blue for a casual look and also for any function look. Most of the time actresses love to wear the blue outfit as it gives a classy and sassy look.

Bhumi Pednekar looked fascinating in her blue ethnic outfit. She also wore a blue plain bodycon dress for her casual style look. The actress was looking ravishing in her blue lehenga which is just perfect for any wedding outfit. She was looking hot in her blue off-shoulder dress with orange print on it. The actress just looks alluring in blue outfits and is spotted wearing heavy blue ethnic outfits most of the time for her function looks. The Diva also wore a blue-lined pantsuit and was looking dazzling in a sassy outfit.

Check out some blue outfits of Bhumi Pednekar and stay connected to IWMBuzz.com.

Also Read: Bridal lehenga look of Tara Sutaria which will stun you, go check out here 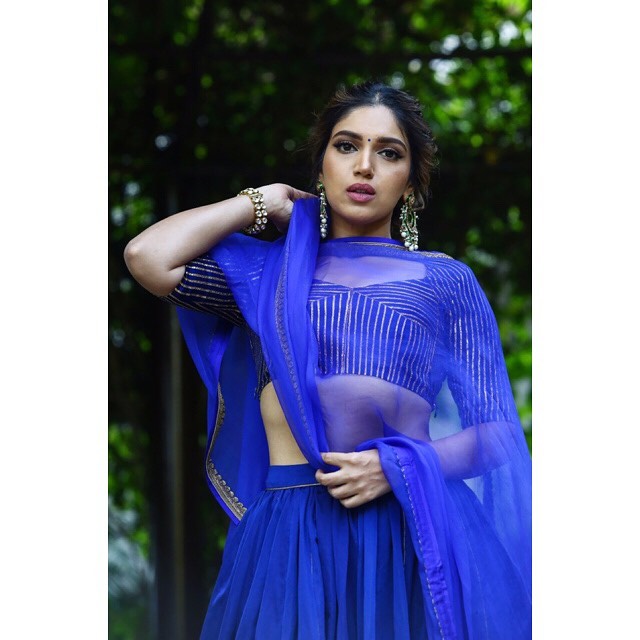 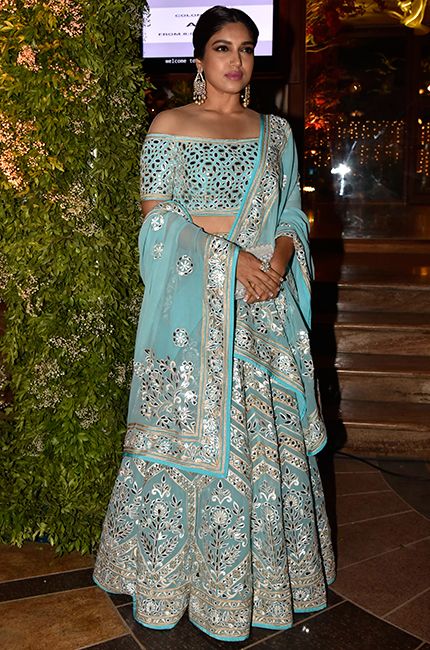 Aladdin Romance Gets Real: Ashi Singh & Avneet Kaur are in search of l...