Here are some fashion goals of Shilpa Shetty

The fitness freak of Bollywood Shilpa Shetty is a talented actress. She has appeared in Bollywood films and made her debut with the thriller film Baazigar in 1993. The actress has ruled the industry since the day she made her debut film. She is followed by millions of people for her amazing acting skills and also for fitness. The actress is a fantastic actress who just looks young day by day as she has maintained herself in a toned figure. The actress has become widespread in the industry and has won several accolades and praise for her work in the industry.

The actress oozes the hotness meter high with her alluring looks. We just can’t resist falling in love with her and stun us with her fantastic looks. The actress has become an inspiration as she is an all-rounder as she styles her outfit perfectly. She is an amazing actress and is also good at cooking and has shown us some culinary skills. The actress is also amazing with her dance moves and she has given fabulous hit songs.

Shilpa Shetty’s fashion game is always high and styles her outfits differently to grab the attention of her fans and make her look attractive and beautiful. The actress is seen wearing all types of outfits from Western to traditional to casual etc. She never feels shy to experiment with any outfit. Yes, the actress is a fashion icon of Bollywood as she is seen wearing unique and fantastic designed outfits. The actress always dances with her dazzling looks and she just makes us fall in love with her pretty fashionable looks.

Check out some fashionable looks of Shilpa Shetty and stay tuned to IWMBuzz.com.

Also Read: Oh, So Cute: When Disha Patani Took Care of Rumoured Boyfriend Tiger Shroff After He Got Injured In A Football Match, Watch Video 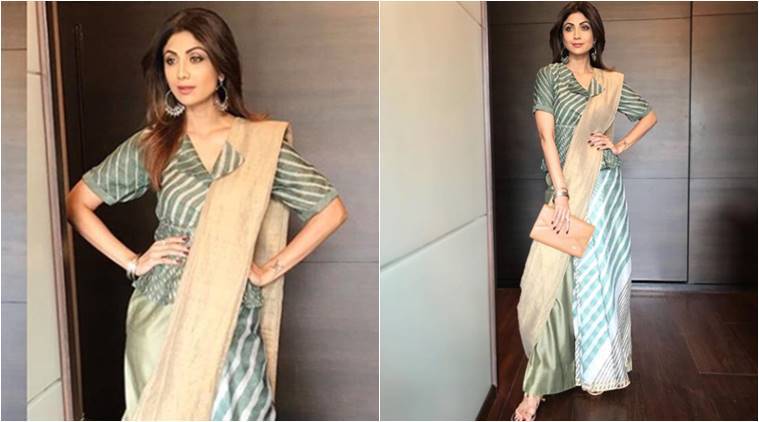 WOW: Did you Know Shah Rukh Khan Once Drove the Maruti Omni Van Before Becoming A Superstar? Know Full Story

You will get into a lot of trouble - Salman Khan issues stern warning...

Monochrome beauty: Sunny Leone has her eyes set on a 'new goal' in lif...