Sonam Kapoor is cited as one of India’s most fashionable celebrities. Whenever we talk about fashion, one name we can’t miss is Sonam Kapoor. She is the queen of fashion and looks stunning in every outfit. The diva has stunned us with her unique designs and styles. She always wears something out of the box and amazes us. She is a true fashionista and is known for her fashion styles in Bollywood.

Take a look at the 5 top sarees of Sonam Kapoor with a unique twist in it.

Sonam wore a white saree with a black border. The saree was in a dhoti style. After wearing that saree, it became popular and many of them tried this dhoti style saree. Sonam gave a twist to saree by wearing the blouse which was just like the round kurta which Gujarati men wear while playing garba. She was looking stunning in that khadi saree and multicolored blouse. How can we forget Sonam’s white lacy saree on which she wore a long white and golden jacket. Sonam brought this unique style and later on, it was followed by many people. 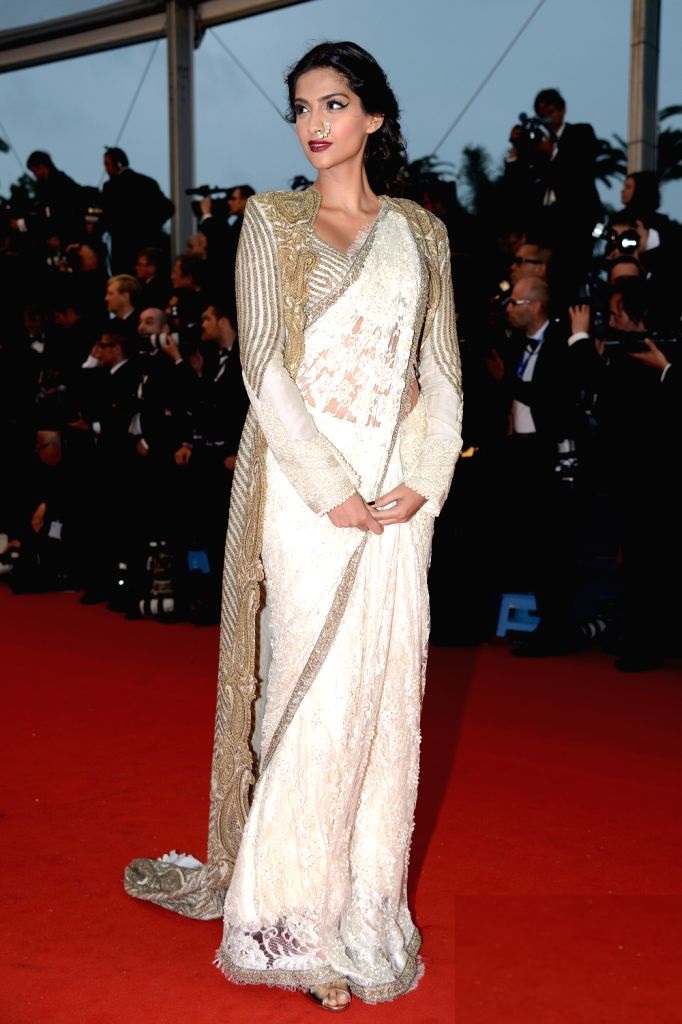 Sonam also wore a traditional saree with a contemporary twist and she was looking fabulous in that saree. 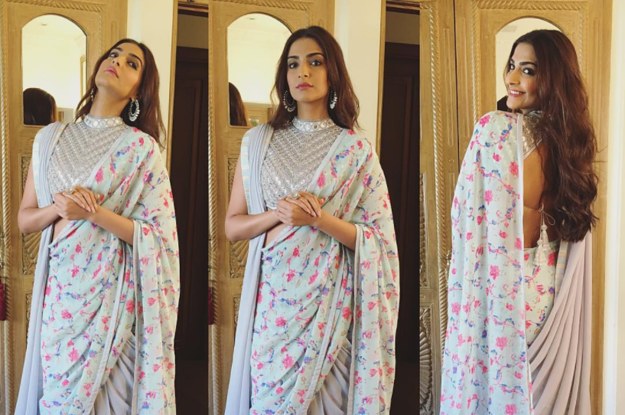 Sonam wore a frill denim saree and white formal shirt as a blouse and she was looking stunning in that saree.