Cocktail movie fame Diana Penty is a fantastic actress and a model who works in Hindi movies. She began her career by making a debut film in 2012. The actress gained a lot of popularity and praise for her work in her debut film and also won an award for her amazing role. Later on, the actress stunned her fans with her amazing roles in films and gave super hit films. The actress looks pretty and has a huge fan following. The diva is seen wearing all styles of outfits and she just looks gorgeous in all colored outfits. The actress has stylish and fashionable designed outfits and she is seen wearing them to look amazing.

Diana Penty was also seen wearing a green fancy top with pants and heavy earrings on it and was looking elegant in that outfit. The outfit is perfect for a casual style look and also gives a comfortable and superb look. The actress was looking dazzling in her sequin green thigh-high slit gown and she gave us fashionable looks. The Diva was also snapped wearing green pants with a white slip top and was looking pretty and superb in that outfit. The green color looks amazing on the actress and she looks fantastic.

Check out the green-colored outfit looks of Diana Penty and stay tuned to IWMBuzz.com. 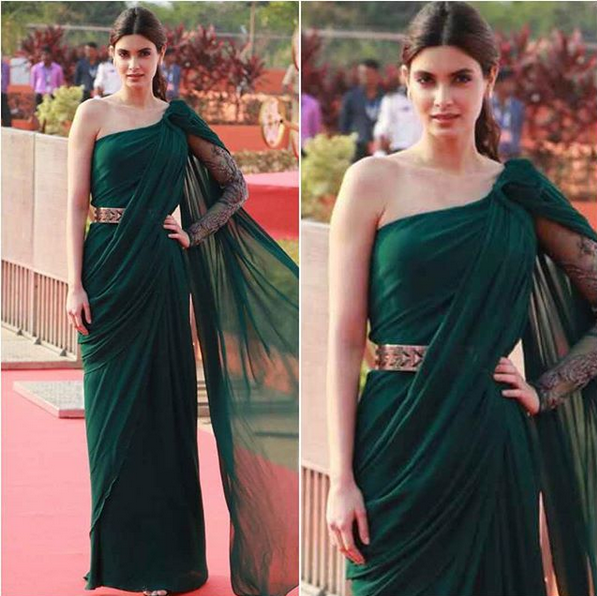 Mommy Fashion Of Kareena Kapoor Is Worth Inspiring To All The Moms To Be; Stylish Yet Comfortable