Kamal Haasan works as an actor in Tamil films and has also worked in Telugu, Malayalam, Kannada, Hindi and Bengali films. He is an actor, producer, and politician. He was honored with the Padma Shri in 1990 and Padma Bhushan in 2014. He is a talented person as he has amazing acting skills. He started his acting career as a child artist in 1960. He won several awards for his works. He is successful in achieving many followers and they love him for his talent.

At the age of six, he won the President’s Gold Medal for the best child actor, for his debut film Kalathur Kannamma. He also played the role of a clever Chachi in the movie Chachi 420 and that’s how he is remembered by the name Chachi. He is a soulful playback singer and mesmerizes us with his melodious voice. He has sung in 50 films of different languages.

He is a passionate writer and poet. He has written many poems. He is a director too and the movie Hey Ram was directed by him. The movies he has directed are Chachi 420, Virumaandi and Vishwaroopam. He is a producer and a dancer too. Kamal is a talented person and one must learn from him as he is perfect in all.

Check out some amazing pictures of Kamaal Haasan and stay tuned to IWMbuzz.com 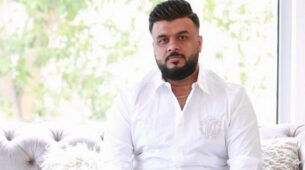