We see cute kids in Bollywood every now and then. But one little munchkin that really stands out from the rest in terms of his cuteness is Taimur Ali Khan and we’re here to tell you more about why we love him. Not too many years ago, the cutest child we have ever known in the Bollywood film industry was born. This was just a few years after Saif Ali Khan and Kareena Kapoor’s marriage, which was one of the most royal weddings that ever took place. Taimur has made his way into our hearts ever since we first laid eyes on him. Fans and paparazzi would do almost anything just to catch a tiny glimpse of him and would never miss out on the opportunity.

We often search for pictures of the little tiny tot on the internet and if we are lucky enough they themselves appear on our social media feeds. And at times like those we just can’t be more thankful for those pictures. The little munchkin has overpoweringly cute features like plump lips, chubby cheeks and round dark eyes. His pictures definitely play the role of making our darker days brighter and for that, we’re more than grateful.

And if pictures weren’t enough to give us a baby fever, we also hear about his shenanigans from his parents. Saif once told a source about how Taimur imitates the camera flash voice from the paparazzi whenever a picture is being taken. This Diwali we also swathe little angel out with his mom and some crackers. They were swarmed by paparazzi and while he was excited to play with his crackers, he also made sure to wish everyone around a happy Diwali after being prompted to do so by Kareena. How cute is that!

We hope to see more of Taimur in the years to come. Stay tuned with us for more such updates on your favourite celebs. 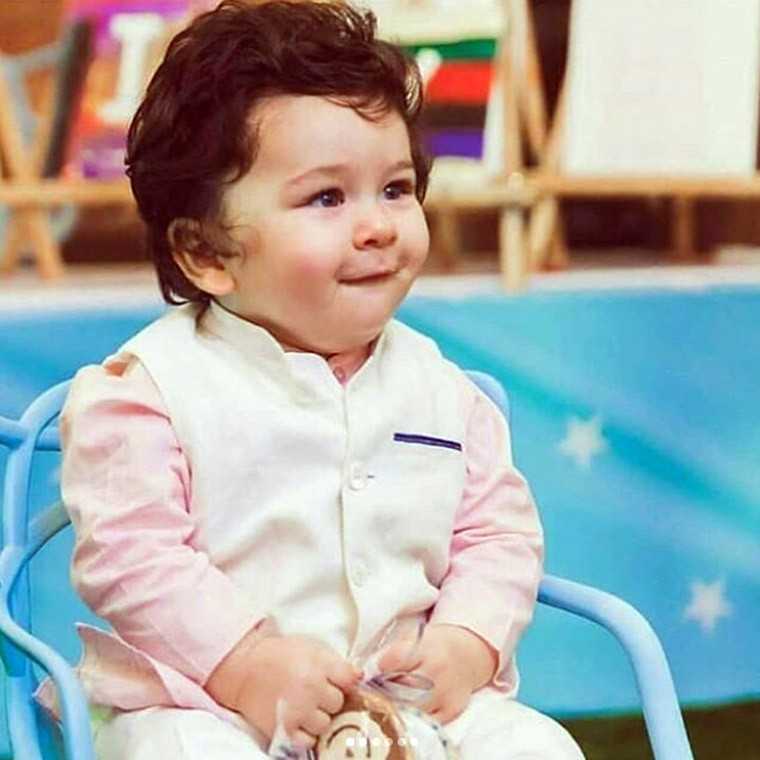